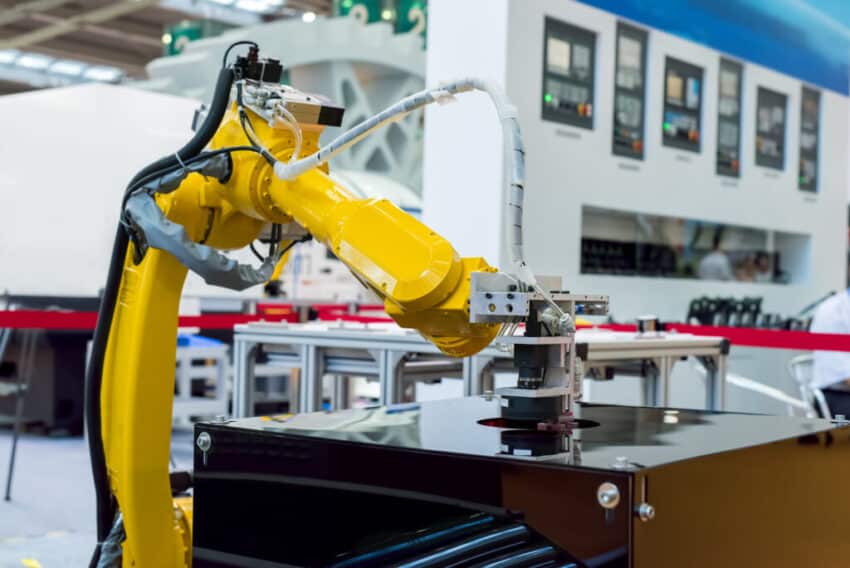 The robotic arm has always been a feature of the manufacturing industry. With robots helping to make work lighter in factories for decades, you can describe them as permanent fixtures of manufacturing.

Over time, manufacturing technology has evolved. It has made manufacturing faster, cost effective and in touch with the changing needs and preferences of the modern customer.

This is a result of modern robotic arms that have unique features and are able to do more than the traditional robots.

One of the most significant change in robots is the advanced technology features they contain. Now, a robot can easily work alongside another human being without a high risk of injury. You and the robots in your factory can now be colleagues.

The modern robotic arm is fitted with sensors. These ensure that the robot can sense human beings near it. This leads the robot to slow down or shut down to minimize the chances of accidents happening as its human colleague gets closer to it.

It also has a flat and curved body to enhance safety. Traditional robots were sturdy. Factory workers had to stay away from them to eliminate the chance of accidents.

With modern technology, fix a camera on your robots and they can see.

This makes different aspects of manufacturing faster. Tasks such as packing, pick and place that could previously only be carried out by humans can now be completed quickly and accurately by robots.

With this feature, robots can identify shapes and colors of products to pack similar products together. You can also use the robotic arm to inspect the quality of finished products before packing them, ready for shipping.

Modern robotic arms are now connected to the internet.

This means that you can make several robots collaborate at completing a task. You will then monitor their activity from a central point on your computer.

Second, it makes it easy to calibrate several robots at the same time. With a single control panel, you can set the activity, speed, accuracy and measurements of final products and program on the robots quickly and easily. Robot manufacturers develops apps that you can use to control their products as you like once they are at your factory.

Third, you can easily identify when your robots are not working as they should. Thus, you can rectify it quickly and get back to work.

Unlike traditional robots, modern robotic arms are small. All they need is desktop space to complete tasks assigned to them.

The UR5 for example, has a base circumference of about 189mm and a reach of 850mm. That means that the robotic arm doesn’t need much space to operate in.

This means that, manufacturing companies don’t need large working spaces to accommodate their robots. Smaller manufacturers without large financial capabilities don’t have to move to spaces they can’t afford to hold robots.

As we have already mentioned, modern robotic arms can teach themselves how to perform tasks thanks to the internet.

Secondly, you don’t need a robot programmer in your factory to handle the robot. With training from the manufacturers, any factory worker can learn how to work the robotic arm.

You can also teach it how to perform tasks manually. Hold its arm with your hand and physically take it through the motions of a task. Set it to remember the motions taught and leave it to complete the task at hand.

Modern robotic arms can also carry out multiple tasks in the factory. They have inbuilt features that enable modern manufacturers to use them to improve their processes and enhance their profits.