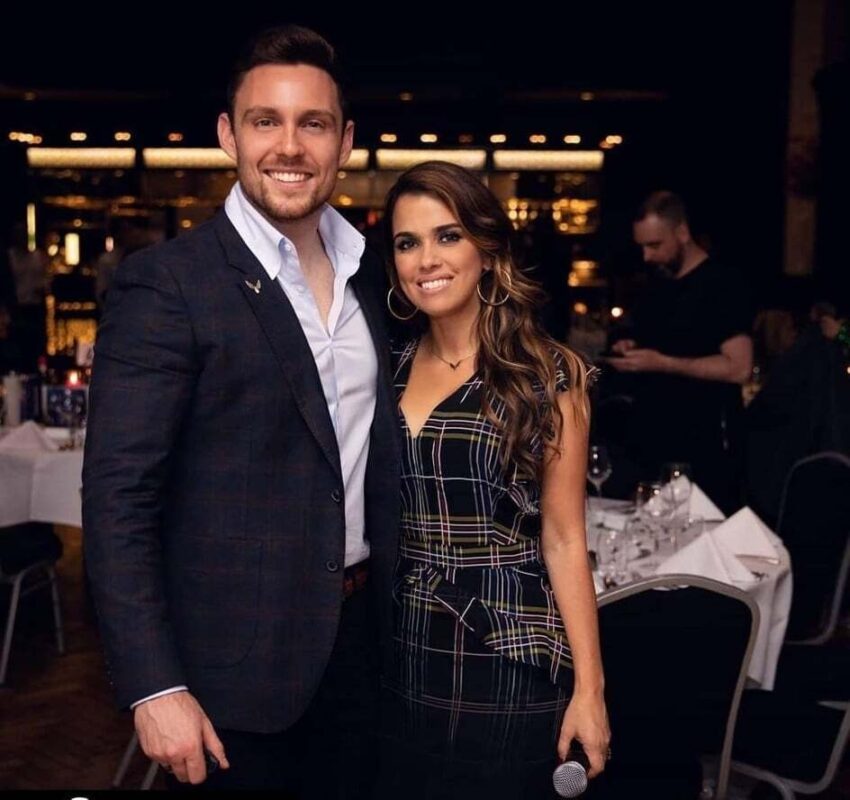 Entrepreneurs are a special breed. Starting your own business requires a growth mindset, the ability to perform under pressure, and an intense drive to success.

And having a little help along the way never hurts either.

That is the mindset that prompted the founding of Titan Network, the exclusive membership organization for elite Amazon sellers looking to scale faster and turn their side hustle into a profitable eight-figure business. Entrepreneurial growth doesn’t happen in a vacuum, and Titan was created to ensure that no Amazon seller looking to change their life for the better has to go at it alone.

“The beauty of networking is that it can bring you to a community of like-minded individuals while also helping you scale the success of your business in a way that could never be done alone,” said Titan Network co-founder Dan Ashburn. “That’s the mindset behind Titan Network, and it’s also what has brought about massive success for each of our members.”

Titan Network is not about your dad’s type of networking; there are no awkward cold calls and no pitch events where you hand out business cards. Titan’s exclusive network of six-, seven- and eight-figure Amazon sellers sign up with the leadership mindset at the forefront – they want to help participants succeed and find the same financial freedom they have.

“There are so many different ways to connect with people selling on Amazon, and we’re proud to bring people together through in-person and virtual events, as well as our robust network,” said Titan Network co-founder Athena Severi. “The entrepreneurs who make it past those are the ones who are smart enough to ask for help, and that’s who Titan Network attracts.”

Once Titans (Titan Network’s name for members of their network) are accepted into the program, they’ll have access to everything from insider knowledge to best selling, sourcing and shipping practices to ongoing support from Titan Network members, mentors and leaders who have been where you are and want to help you grow.

“Our global network of Titans is hands-down what we are the most proud to have built,” said Ashburn. “We know firsthand that having access to encouragement, resources, and trusted advice can make all the difference to those building a business, and that’s at the core of what Titan Network is all about.”

Titans also have access to proprietary software tools that Titan Network built to give members an unfair advantage in the marketplace. Between that and Titan Network’s insights not available to the average Amazon seller, Titans are poised for success the moment they join the network.

For Kirsten Spliethof, who had sold on Amazon for about three years before joining Titan Network, the access to mentorship and advice was invaluable as she pursued scaling her business – something she struggled to do before becoming a Titan.

“Titan Network is made up of proven, knowledgeable Amazon sellers who are more than willing to help those of us who are struggling,” she said. “Any time I have had a question or needed advice, someone was there to help me. I’m so glad I joined and would recommend it to any other seller.”

Learning from the Masters

While most mentorship networks would stick to simply connecting new Amazon sellers to those who have been in the game for longer, Titan Network doesn’t stop there. The network consistently produces and provides resources, masterclasses, and in-person events aimed at encouraging, inspiring and equipping Titans to take their Amazon storefronts to the next level.

“I feel like I’m drinking from the fire hose due to the sheer volume of knowledge and training they’re pushing down the pipe daily, and I don’t know how they generate so much solid, actionable value so quickly,” said Mike Smiley, a Titan Network member. “It’s pure, refined, distilled stuff. If you were try to hire just one of these masters, it would likely require an investment of at least $200K yearly, and that doesn’t even cover the lifelong friends you make, either.”

From strategic advice and support from questions on everything from tactics and branding to inspection and sourcing, to exclusive discounts on software, services and event tickets, Titan Network has made it their mission to ensure sellers old and new get access to everything they need to find success.

“Building a network of support is the best way to keep hustling no matter what bumps you hit along the way,” said Severi. “Having support in the trenches will give you access to already established elite professionals who can steer you away from potential pitfalls. Titan Network prioritizes that support, because we know from experience that support is what helps Amazon sellers grow and find success.”

Whether you’ve been an Amazon seller for six months or six years, the support you need is at your fingertips through Titan Network. There’s no shame in needing resources and help along the way – in fact, it’s the only way to build the entrepreneurial life you dream of, without strings attached.

Titan Network is the exclusive membership organization for elite Amazon sellers who want to scale faster. Titan Network was co-founded by Athena Severi and Dan Ashburn, two of the leading figures in the Amazon industry. For more information, please visit: https://www.titannetwork.com.