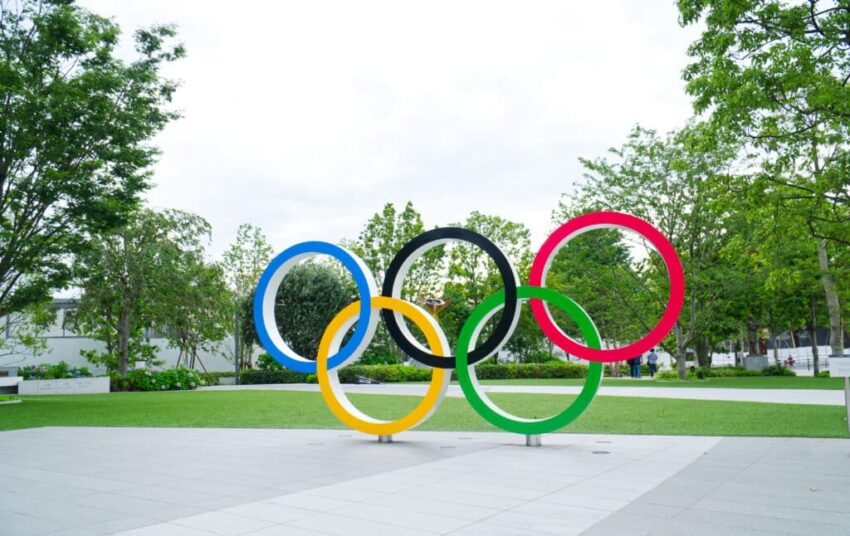 With just eight weeks left until the 2020 Olympic Games finally kick off in Tokyo, many of the athletes set to compete in this most particular of Olympics are taking the unique circumstances of Covid-era sport in stride.

Some, like New Zealand middle distance runner Nick Willis, have expressed relief that the new playbook released by the Japanese Olympic Committee (JOC) will impose strict rules on the athletes travelling to Tokyo.

As the veteran Olympian puts it, the regulations meant to prevent the spread of the coronavirus mean “people are going to perform at a really high level and a greater depth because there won’t be the same distractions that athletes from all the different sports face”.

But restrictions on socializing in the Olympic village, where the International Olympic Committee (IOC) estimates over 80% of attendees will have already been vaccinated by the time of the event, won’t be the only thing that differs about this year’s Games. From revitalising historic venues to implementing high-tech production plans and a record-setting sponsorship model, this year’s competition is shaping up to redefine how sporting events are organised and managed – just as the first Tokyo Olympics did back in 1964.

History rhyming, if not repeating

Only a handful of countries have hosted the Games more than once, and perhaps no organising body has overcome as much adversity as the JOC. Tokyo’s first bid to host the Games in 1940 was cancelled on account of the Second World War. By the time Japan finally hosted the Summer Olympics in 1964, the country had experienced years of war, occupation, reconstruction, and pervasive economic hardship. Nonetheless, the 1964 games turned out to be a triumph which reinvented the rules of the Games.

The 1964 event represented a milestone of technological innovation in sports broadcasting and logistics, with the competition filmed in colour and slow-motion technology put to use for the very first time. A satellite broadcast events to spectators in the US in real time, while major infrastructure projects reshaped transformed the city of Tokyo – most famously the unveiling of a high-speed rail transport system known as the shinkansen or “bullet train” that remains a symbol of Japanese ingenuity to this day.

A sustainable approach to venues

This year’s Tokyo Olympics, finally set to begin on July 23rd after a yearlong wait, promise to be no less innovative, with public health necessities serving as the mother of invention. Alongside epidemiological considerations, the 2020 Olympics aim to be carbon neutral for the first time in history, a clear break from the shocking environmental footprint of events such as the 2016 Rio Olympics.

While the 5,000 medals awarded in Tokyo will be made from recycled metal and the athlete’s beds from recyclable cardboard, the most impactful ecologically-minded step taken by the organisers might be their decision to revitalize and reuse the historic sports facilities built in the 1960s. Legacy Olympic locations such as the Enoshima Yacht Harbour, the Tokyo Metropolitan Gymnasium, the Equestrian Park, and the legendary Nippon Budokan martial arts stadium will all host events this year.

Nor will it just be 1964 Olympic venues called into service for this year’s Games. The football pitches at the Sapporo Dome, built for the 2002 FIFA World Cup, will host Olympic matches this summer, as will the Saitama Super Arena’s basketball courts. The Kokugikan Sumo Hall will double up as a venue for Olympic boxing. The city of Tokyo has in fact constructed just eight new locations for this year’s Olympics, compared to the 18 built for the 2016 games in Rio. Those new venues include Japan National Stadium, built on the site of the 1950s-era National Stadium and designed by renowned architect Kengo Kuma to run on solar energy.

Advances in broadcasting and digital participation

With Covid-19 preventing international fans from travelling to Japan to attend the events held at these venues in person, the global television viewing experience will define the legacy of the 2020 Games more than any which have come before it.

Of course, even before the pandemic, these Olympics were already tipped to be the “most digital ever”. Events will be broadcast in 8K, offering visuals 18 times sharper than full HD television quality. In another first, AI-powered 3D Athlete Tracking (3DAT) will improve viewers’ understanding of the different phases of events like track and field, while live subtitles in different languages and avatars for language translation will make it easier for athletes to communicate with global audiences. An Olympic Virtual Series now underway is also tapping into the trend towards e-sports, allowing fans to get digitally involved from the safety of their homes before the real Games begin.

Japan’s private sector steps up to the plate

Even before the pandemic disrupted the original scheduling of the 2020 Games, Japan’s ability to bring together sponsorship deals with the nation’s private sector had already redefined the possibilities of corporate participation in Olympics events. Japan’s Dentsu spearheaded efforts to raise a historic $3.5 billion from corporate sponsorships –approximately three times that of previous Olympics.

Even after the Games were postponed, all 68 domestic sponsors, including iconic Japanese brands such as Asahi, Canon and Fujitsu, extended their contracts to cover the postponed Games. As the marketing agent for the 2020 Games, this is not the first time Dentsu has been involved in the ongoing evolution of Olympic financing – the Japanese marketing giant also played a key role in the 1984 Olympics that saw the corporate sponsorship model come to the fore for the first time.

While it has been over a century since the Olympic Games last had to contend with a global health crisis on this scale, the steps taken by the JOC and the IOC thus far promise to make these Games as safe as any global event can be in the time of Covid-19. Both organisations hope that 2021, like 1964, will see a successful Tokyo Olympics represent a generational triumph over adversity – even if the world needs to watch from home.