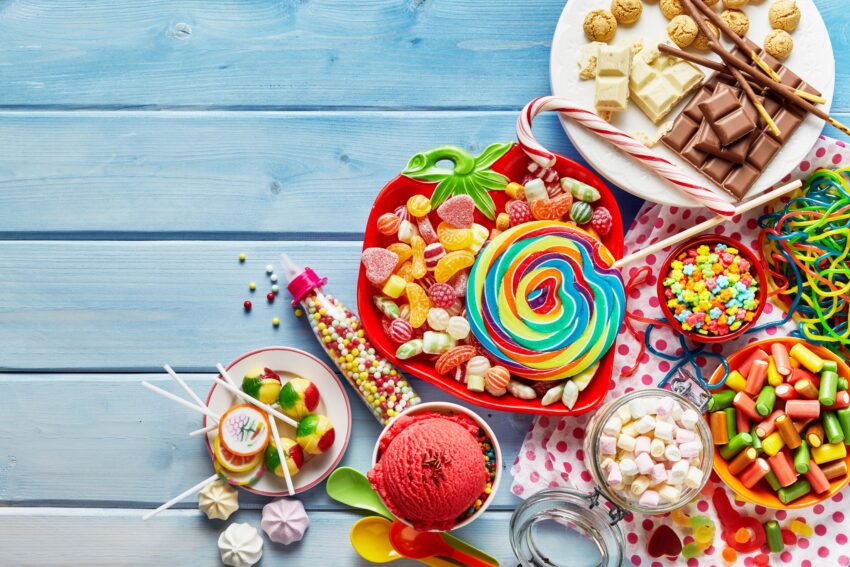 People around the world are eating more sweets: according to Euromonitor data, the confectionery market was worth USD 180 billion in 2020, and analysts expect that number to hit USD 200 billion in 2022.

Baked goods make up the majority of exported confectionery and are traditionally popular in the United States, Great Britain, Germany, France, and Canada, but ASEAN countries are also buying more baked goods as their per capita incomes rise.

Russia is among the world’s top twenty exporters of baked goods, and its bakeries sold USD 449.92 million in product abroad in 2020. In the first six months of this year alone, Moscow-based bakers exported USD 46.48 billion in baked goods, up 36.2% year-on-year.

Khlebprom is a leading local exporter of baked goods that started its expansion into foreign markets over 15 years ago. Today, the company sells its products in 27 countries around the world, including the United States, Canada, and Germany, as well as Cyprus, Israel, the United Arab Emirates, China, Vietnam, and countries in the Baltics and the Caucasus regions. In the near future, the company plans to expand into Southeast Asia, Africa, and India.

Khlebprom’s first step was to export to countries that had been part of the CIS. From Belarus, which currently imports more Russian baked goods than any other country, the company branched out to Kazakhstan and Ukraine. By that point, they were ready to sell to the world.

In 2005, Khlebprom launched its first sales in Israel, and in 2006 the company started selling its Mirel brand cakes in the United States. In advance of this step, Khlebprom invested USD 5 million to upgrade its production line. The company’s partners in the American market handled all logistics.

“Choosing the right partner has a huge impact on a company’s success in a new market,” explains Alexander Prokhorov, head of Moscow’s department for investment and industrial policy. “Khlebprom is a good example. With the support of their partners, they were able to avoid taking on logistics costs, which often eat up a large part of the budget for expansion into foreign markets. That’s a perfect illustration of why we invest so much time in our buyer programs and do extensive due diligence on the potential partners we present to our clients.”

In addition to upgrading its production line, Khlebprom had to adapt its packaging and its product lineup for foreign markets.

“Launching a product in a new country always takes a lot of work,” says Khlebprom’s export manager Takhir Arbuzov. “Most of that work involves research, because you have to analyze whether or not the product is ready for export and its prospects in a specific market, study demand, and research the target audience. All of that advance work helps you see what you need to adapt.”

Khlebprom’s launch in China required in-depth analysis of consumer habits. At an early stage, the company’s focus groups identified an unusual trend: Chinese consumers eat on the go and prefer products in smaller packages. With this information in mind, the company changed its product sizing, offering cakes in 100-gram packages instead of the traditional 400 grams.

Palates also vary from country to country. When Khlebprom tested its products, it found that some of Russian consumers’ favorite flavors were perceived as too sweet by Chinese tasters. At the same time, consumers in China showed an unexpected interest in fig flavors. This led the company to consider expanding its product line with a new fig cake.

Customs and regulatory restrictions are another key area to research before exporting food products. For example, each country has its own regulations concerning ingredients and additives, and safety certification is another must. Today, Khlebprom’s export-focused production lines have FSSC 22000 Food Safety System Certification, the highest standard in the food industry and an essential qualification for working with large retail chains like Carrefour, Auchan, and Metro.

Khlebprom participates in international trade shows like Prodexpo, World Food, Anuga, and Gulfood to find customers and partners abroad. Business missions organized by the Mosprom Center for Export Support are another key way that the company expands its pool of partners.

Business missions have always been a highly effective tool for finding partners in other countries. The format is effective because Mosprom selects the organizations that meet a company’s criteria for everything from insider knowledge to transaction terms and then sets up talks between them. Meetings with this kind of advance preparation deliver much better results than regular networking at trade shows.

In 2020, as borders closed due to the pandemic and travel became impossible, Mosprom took its business missions online.

“We were pleasantly surprised at how well the online meetings worked,” says Alexander Prokhorov, director of Moscow’s department for investment and industrial policy. “We plan to keep using online meetings as a convenient way to gauge interest and evaluate potential barriers as we prepare for in-person talks. It’s a lot easier to talk online than to fly to another country.”

Last year, Mosprom held 20 online business missions with countries in Europe, the Middle East, North Africa, and Latin America. The Center’s specialists are keeping up the same pace in 2021, with ten business missions (one of them in-person) already set up for 70 local exporters. The Center has also helped 17 exporters participate in five international trade shows for industry and agro-industry.

Khlebprom found online meetings with buyers to be invaluable during the pandemic, helping it expand its client portfolio at a time when travel was physically impossible. The Center sent Khlebprom’s presentation to a select list of potential clients and partners and then organized online meetings with the ones that showed an interest. This created opportunities while saving the company time.