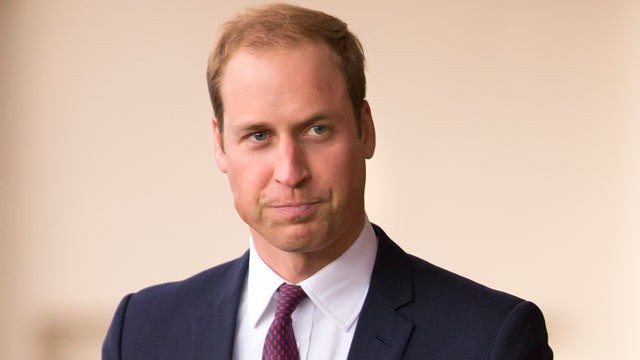 Bingo is such a popular game that even celebrities enjoy playing it. When one considers all of the most popular games ever invented that are still popular today, few jump out at you as much as the game of bingo does.

This game is played by people living all over the world and each country has its own take on the game. Online, there are lots of £5 minimum deposit bingo sites, thanks to BingoSites list of recommended sites.

One of the biggest aspects or characteristics of bingo is its social aspect. Let’s take a look at some very well known people you will surely have heard of that do have a true passion in one way or another for playing bingo!

Prince William Arthur Philip Louis was born on June 21, 1982, to Prince Charles and Princess Diana, Prince and Princess of Wales. At his birth, he became and is still second in line to the throne of the United Kingdom, after his father. William ranks among the most popular figures of the royal family. He was admired for his public poise and grace following his mother’s death in a car crash in Paris in 1997. Ten years later William and Harry organized a London memorial service to mark the anniversary of her death.

He visited a bingo club a while back in Reading with friends and spent nearly an hour playing. Unfortunately for him, he failed to win any prizes. A royal spokesperson confirmed that the second-in-line to the British throne visited a bingo club in Reading, near Sandhurst military academy where he is an officer cadet. “He was there,” she said, declining to give further details. The tabloid newspaper splashed the prince’s bingo night out on its front page.

Russell Ira Crowe is a New Zealand film actor, producer, and musician. He is mostly based in Australia and America and became famous worldwide with perhaps the most brilliant film of his career, ‘The Gladiator’, for which he was honored with an Academy Award. Crowe moved into feature-film directing with The Water Diviner (2014), in which he starred as a father attempting to locate his sons, who he believes were killed in the Gallipoli Campaign during World War I.

Crowe got married to Australian singer Danielle Spencer in 2003, after having an on and off relationship with her since 1989. The couple has two sons together: Charles Spencer Crowe and Tennyson Spencer Crowe. In 2012, it was reported that Crowe and Spencer had separated.

Russell Crowe is also a huge fan of Bingo. Before he became a celebrity he even worked as a Bingo caller but was let go for uses phrases considered inappropriate for the game. When Russell Crowe is traveling for work, he can be found in local Bingo halls.

Robert Peter Williams, popularly known as Robbie Williams, is a BRIT Award-winning singer, dancer, and songwriter who garnered widespread publicity as a member of the pop boy band, ‘Take That’. He is one of the best-selling music artists whose albums have made records with their worldwide sales of 70 million. Though many times, he has caught the attention of the media for wrong reasons, he has also won the hearts of many with his active participation in humanitarian efforts. He runs a charity organization, ‘Give It Sum’ for the underprivileged people in his hometown of Stroke-on-Trent. He is a patron of Donna Louise Trust and is also an ambassador of UNICEF.

Robbie Williams is also well-known for being an avid Bingo fan. He entered a competition in Hollywood that involved a game of Bingo. As a result, he won a handbag made of leopard skin and donating to charity in order to support research for breast cancer.

By appearing on the show with her family, Sharon Osbourne cemented her status as a caring and appealing mother and wife who was more than just Mrs. Osbourne. After the end of the show, she has gone on to manage the career of her daughter, Kelly Osbourne, and judge the reality competition America’s Got Talent from 2007 to 2012 as well as Britain’s The X Factor.

Gala Bingo is proud to have Sharon Osborne as their spokesperson. In advertisements for the company, she is too busy playing bingo to live her lifestyle as a celebrity. David Miller, the managing partner of Frame, says that the message is that it is easy and fun to play Gala Bingo online, no matter where you are or how busy you are.

He adds: “We wanted to speak to our target audience in a fun tone of voice, depicting the glitzy aspect of bingo while keeping things down to earth and accessible in a way that reflects the brand values. Sharon Osbourne epitomizes these values.”