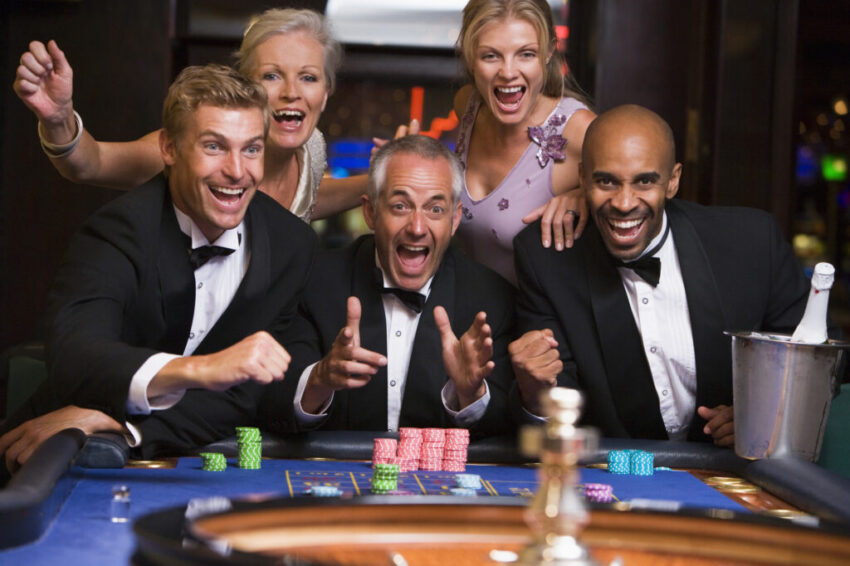 “The house always wins” is a popular saying used by gamblers. It basically means that regardless of a player’s experience at casino games, the Casino will always win.

While this isn’t entirely true, the Casino does win most of the time. Just like every business venture, New Casinos as well as old are created to make profits. They make profits by cashing out on the losses of players. But that doesn’t mean the house would always take home the gold. There are games with better odds for players, and experienced players key in on these games to make huge wins

What is House Edge?

In simple terms, house edge is an advantage the casino has over players. House edge reflects the difference between the odds of winning and the casino’s payout for winning wagers in certain games. All casino games are structured so that the house ends up on top, however, table games like roulette offer players a better chance at winning even though the game is entirely based on luck.

House edge ranges from 1 – 17% in most casino games. Nonetheless, some jackpot games have higher house edge of over 20%. In terms of casino advantage, Roulette is considered as a mid-range game. In American roulette, the house edge clocks at 5.25% which means the casino is more likely to profit from players. In comparison, the European roulette offers a better winning chance to the player. Its house edge for single-zero wheels is 2.6%.

Still, a low house edge doesn’t mean players would win on every wager. This is why players should be able to determine the house edge in every game as it helps them make knowledgeable decisions when betting. As a result, this will minimise their losses when playing for an extended period of time.

How to Calculate the House Edge in Roulette

On the European roulette table, there are 36 numbers in total. Number 1 – 36 consists of red and black colour. However, you’ll notice that there is a green space labelled 0. The addition of 0 on the table gives the house an edge because players would only be paid while assuming that there are only 36 numbers, against the actual 37 numbers available. In simple terms, this means players are paid 2.7% (1/37) less than they should.

Here is how it goes; The black and red spaces feature an equal count of numbers (18 each). When players make a wager on a black space, they are actually betting that the ball will land on one of the 18 black numbers. I mean, it should be quite easy for the ball to fall on one black number. For most players, this can look like a 50/50 chance. Well, that is not the case. Since there are 18 black spaces, 18 red spaces, and 1 zero, the odds are not 18/36, but rather 18/37. The percentage here is 48.7% in favour of the house. This means you’re more likely to lose than you are to win.

In the game of American roulette, the house edge is different and not particularly the best for players. American roulette slightly differs from its European counterpart. In this variant, there is an additional zero on the wheel. This means you would still find 18 red numbers and 18 black numbers, but instead of a single-zero green space as with European roulette, you get a single-zero green space and a double-zero green space on opposite sides. That’s 38 numbers, 1 more than in European roulette. Though the roulette wheel design slightly differs, the rules of the game remain the same. In American roulette, you would have to wager as if there are 36 numbers on the wheel. This means players only get paid for 36 numbers but would still have to play against 38 numbers. Here, players would get paid 5.26% (2/38) less than they should.

For example, if a player makes a bet on a black number. They get to play against 18 red numbers and two green numbers. The odds here are greatly in favour of the house. In this case, the odds of winning are 18/38 which translates to 47.4%.

While this may not seem like much to most players, it would significantly increase their losses if they plan on playing for longer periods of time.

Though roulette is considered as a game of luck, if you calculate the house edge and know your odds of winnings, you can increase your chances of winning significantly. Every casino game is designed to give the house more advantage but some games like roulette offer you a better chance at winning your wager. Basically, the European roulette table provides better odds, than the American roulette table.