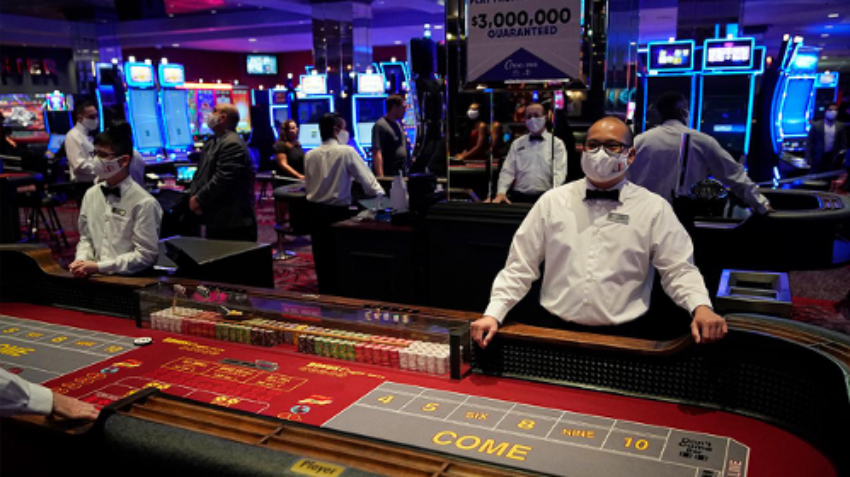 Covid-19 has put the British government under pressure to pull off a seemingly impossible magic track. Somehow, the powers-that-be have to stem the spread of the virus through the population and save businesses from nose diving.

Are the two aims mutually exclusive? Perhaps. But, while pro-lockdown and anti-lockdown advocates continue to clash on TV, in print and in the Twitter arena, one thing is for certain: the new lockdown in England, which will encompass November at the very least, will deal yet another massive blow to the UK’s casino and betting industry.

Prior to the leaked news on 30th October that England would be locked down for another month, leading figures in the industry had already been pleading with the government to relax casino regulations – both with regards to the 10pm “curfew” rule, and the localised restrictions relating to the tiered alert system.

Back in October, when the prospect of a new lockdown was still the stuff of rumour but various parts of England were being ordered to adhere to Tier 3 restrictions, the retail managing director of Rank Group (which owns Grosvenor Casinos) reacted with fury to the enforced closures of casinos in high alert areas. “At first we thought that the decisions being made were arbitrary,” said Jonathon Swaine. “But it’s now clear that our casinos are being subjected to an aggressive and needless attack by decision makers who clearly understand nothing of just how safe casinos are and appear determined to damage the land-based betting and gaming industry for the sake of it.”

He highlighted what he dubbed the gross unfairness of the system, pointing out that “venues such as pubs are able to remain open and serve alcohol if they also sell a meal” and pointing out that casino operators had offered to close on-site bars “in exchange for permission to trade but are still being forced to close… It’s a targeted attack on betting and gaming premises.”

It was a sign of just how precarious the situation is for casinos and bookies that such open anger was being expressed by some of the most prominent individuals in the industry. Words were certainly not minced a month earlier, when the 10pm “curfew” restrictions were rolled out. Back then, Michael Dugher – the chief executive of the Betting and Gaming Council – was as ominous as it is possible to be in the world of business. “Boris Johnson may well have signalled the death knell for the casino industry,” Dugher said. Foreshadowing what Jonathon Swaine would say in October, Dugher was at pains to point out that the sector had offered to shut bars inside casinos at 10pm, to no avail. The problem, as Dugher explained, is that casinos “do up to 70% of their trade after 10pm”.

According to Dugher, the curfew would mean a catastrophic fall in revenues of up to 75%. The impact of that would inevitably cost many thousands of casino workers their jobs. Of course, the industry at that point was still reeling from the first nationwide lockdown earlier in the year. When that unprecedented chapter in British history finally ended, casinos were among the last establishments to be allowed to open their doors. In England, for example, gaming establishments had initially been told they could reopen on 1 August, but at the very last moment this was pushed back another few weeks. Whilst this might not sound like a big difference, there was outcry from the Betting and Gaming Council who said the delay alone would cost the industry another £10 million.

It’s worth noting that, prior to the news that casinos would be shut as part of the November lockdown, strenuous efforts had been made to demonstrate to the government the safety of these facilities. Measures such as the obligatory use of hand sanitisers by customers and staff, careful placing of Perspex screens, and strongly enforced social distancing regulations have all been cited by Dugher as proof that going for a flutter in casinos is no more dangerous than going out for a meal.

Indeed, the Betting and Gaming Council has published extensive Covid-19 guidelines which cover the finer details of running establishments in these very strange times. Among the guidelines are a call to “refrain from playing music or broadcasts that may encourage shouting” and to ensure that “customers must remain seated and are not permitted to circulate between tables during play”. The BGC has also ordained that customers should be issued their own chips for roulette, which are sanitised before and after use, and that only casino staff should be permitted to touch playing cards during play.

None of this prevented casinos and betting shops from being closed as part of the tiered restrictions. Industry figures who did protest, from the head of the Betting and Gaming Council right down to local branch managers, were essentially shouting into the wind. Take the general manager of a casino in Aberdeen, who recently spoke of his hopeless predicament in the face of Scotland’s Tier 2 casino closures.

“We put all the measures in place and we are an extremely safe environment,” he said. “We went above and beyond the competitors in the leisure sector, yet in the Tier 2 system we will need to close the doors and will not be able to operate.”

The response to this by a spokesperson for the Scottish government summed up the stoic counter-argument to such concerns. “Many businesses will want to argue that different types of premises should be open at different levels,” the spokesperson said at the time. “While it is unlikely we will be able to accommodate every request while still suppressing the virus, we are listening to and carefully considering the representations made to us on the content of the levels.”

For now, the debate over the finer points of restrictions has been put on pause as England enters a second lockdown. But what comes next is unclear. Will there be a repeat of what happened after the end of the first lockdown, when the re-opening of casinos was delayed while bars, restaurants and non-essential shops were allowed to resume trading? And will the country revert back to the controversial tiered restrictions, thus re-igniting the pained, strained back and forth between government officials and the betting industry? It looks like we’ll be waiting a long time for the politicians to pull off that magic trick of saving lives and businesses at the same time. Hopefully the wait for the vaccine will be a shorter one.