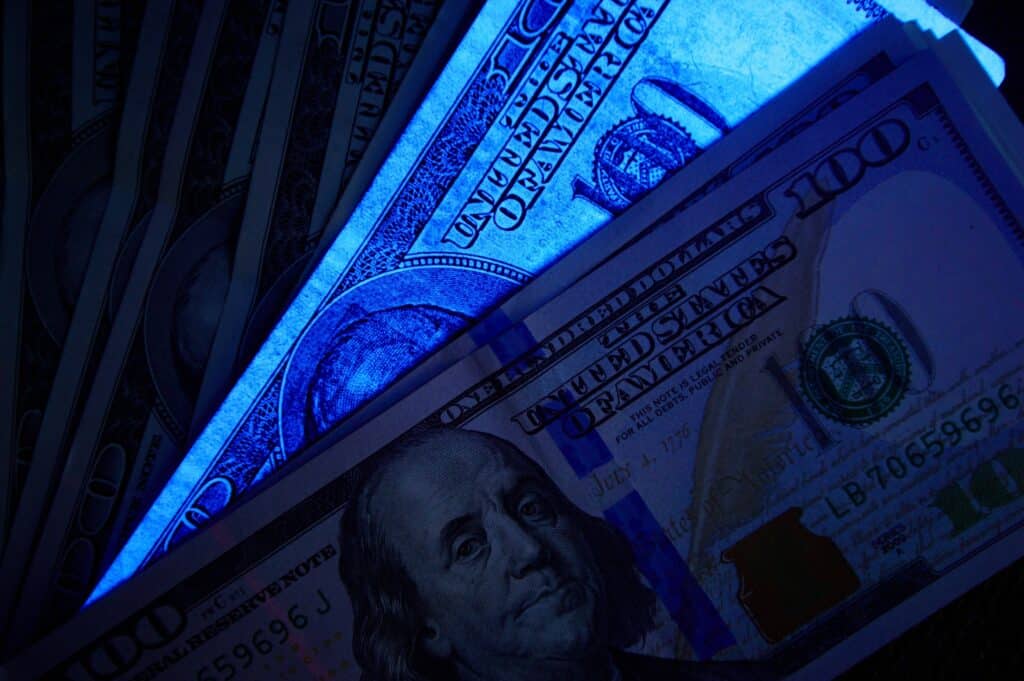 This has been a question asked by tons of people when it comes to counterfeit or prop movie money. Sometimes (although unlikely) illegal bills get circulated throughout the economy undetected and can end up in the hands of the innocent.

What happens when it is those who get caught with the imitation cash? Let’s discuss the answer to that age-old question “Can I get in trouble for using fake money if I didn’t know it was fake?”

The simple answer is yes, you could end up getting into trouble for using the fake cash even if you were not aware at the time the money wasn’t real. Unfortunately, I didn’t know it was fake, is the excuse everyone uses when they get caught, even when they were the ones who produced it. Due to this reason, it is hard for authorities to decide if you are telling the truth or not.

Even though people tend to think the authorities are out to get you, they really aren’t. Most of the time they will use their own judgment in determining whether or not you are being truthful to them when stating you were unaware the money was fake. If you have no reason to lie or be deceptive then chances are good they will trust you and let you off the hook.

There is always the possibility that you are going to get in legal trouble if you are caught using fake money. Whether you say you knew it was fake or not, the police could decide that you are responsible and you may end up paying the price.

With that being said, it isn’t likely you are going to get in very much trouble if this is your first offense and the police have no other reason to suspect you are lying about your knowledge of the money being fake.

What happens if you are charged with using fake money?

If you have been caught using counterfeit cash and the authorities believe you were aware it was fake when attempting to use it, you could face jail time and a very hefty fine.

Per United States law, if you are caught trying to pass off fake money as real money in order to obtain a product or service, you are going to face up to 20 years in prison and up to $250,000 in fines.

If there is anyone else associated with either distributing or producing the money you were caught with, there is a chance their fine could be worse. This is because the creation and distribution of counterfeit currency is a much more serious offense because it puts the fake money into a lot more hands.

What Happens if Prop Movie Money is Found Being Used as Real Money?

Unfortunately, this has happened multiple times in the past, and it hasn’t been pretty. There have been multiple times where actors on set have taken fake prop money and used it at local stores and restaurants passing it off as legal currency.

Sadly, this affects every single person involved with that money. Prop companies have been forced to destroy their entire inventories after their prop money was deemed to look too similar to real money. This cost the companies tens of thousands of dollars.

It also halts movie production and leaves the film producers to scramble last minute for more prop cash. This too causes a heavy loss in revenue and at times putting the movie over budget.

Sometimes the offender is caught and they too get fined or prison time, but often the cash is only traced back to the film production site and the company who created it. This means the innocent party is feeling the ramifications of the crime while the party who had the malicious intent walks free.

These laws may seem unfair, but fake currency flowing through our economy is placed on the shoulder of the government, and they do what they have to in order to make sure these prop companies are following the rules of creating prop money step by step.

What Should a Business or Cashier do if They Think They are Given Fake Money?

There are ways to check if the money you are given is fake. If you believe you are being handed counterfeit cash here are some things you should look for.

Keeping our economy safe and free from fraud specific rules have to be followed whether they seem fair or not. Counterfeit cash affects the entire countries economy whether you are directly involved with prop money or not. If you feel for any reason that the money you own may be fake, take it to a bank and have it checked out. Better to be safe than sorry.