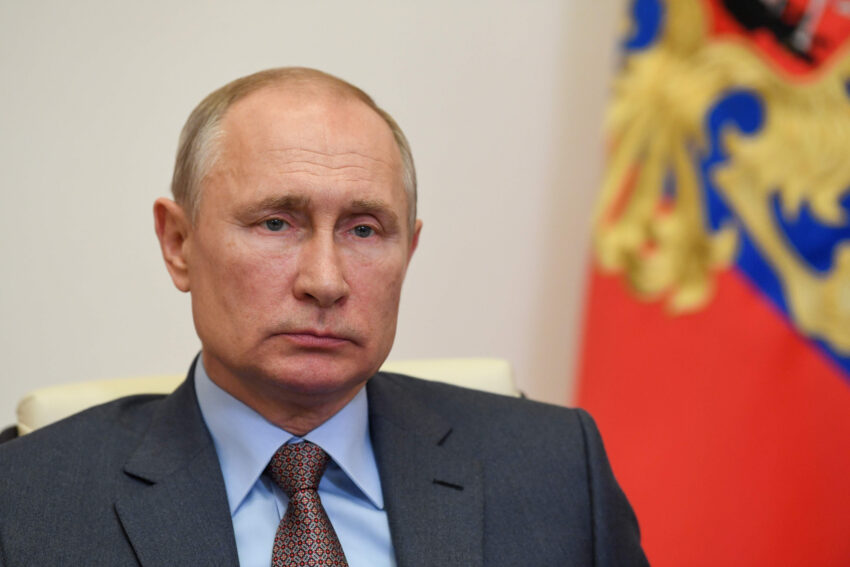 “Russia was robbed,” wrote Vladimir Putin in a 5,000-word statement on “the historical unity of Russians and Ukrainians.”

With the Russo-Ukrainian War reaching its 7th year, and relations increasingly tense between Russia and the West, a united Belarus could be the geopolitical win that Putin has long sought after.

Following the Russian-led and much discussed Zapad-21 war games this week, Belarus President Lukashenko told reporters, “We effectively have a single army, with the Belarusian military forming its backbone in the western direction,” confirming that the state is fast becoming the new front in Putin’s ongoing campaign to draw countries on the border of Europe back into the Russian sphere of influence.

This could not come at a better moment for Putin, as Russians will go to the polls on Sunday for an election that the ruling party, United Russia, is certain to win. Voters will be electing a new Duma, the national parliament, as well as local officials in some regions.

But behind the scenes, support for Putin has dwindled. Polling shows many younger Russians oppose Putin standing again as head of state when his term ends in 2024 — as constitutional changes last year allow him to do. The vote is an even more stage-managed affair than usual, with Alexei Navalny, the anti-corruption campaigner, imprisoned, and many of the ‘systemic opposition,’ those parties permitted by the Kremlin to run for election, have been disqualified for independent-mindedness.

The liberalization of a rising generation scares Moscow deeply and has potentially costly consequences. As in Belarus, having witnessed thousands take to the streets last year in protest of Lukashenko’s apparently bogus election victory, Russian entrepreneurs, and many foreign investors, are taking their business elsewhere. Chances are petering out of ever weaning Russia’s economy off its dependence on digging up metals and fossil fuels, or curbing the corruption that corrodes the system from within.

It is true that authoritarian systems can sometimes be “enlightened”, with intentions to drive through liberalising reforms or even pave the way for a transition to democracy. But, in a bid to position himself as a strongman leading a renewed Russian Federation, Putin is campaigning to expand the Russian Federation and spark the embers of nationalism.

Belarus is the best evidence of Putin’s expansionist policy. In tandem with the Russian militarization of Belarus, the Kremlin is also strengthening its control over Belarusian economic and foreign policy. A 28-point road map outlined last week in Moscow would bind the countries far closer together while severely limiting Minsk’s ability to pursue policies independent of Russia. Many commentators now believe Putin is close to achieving the stealth takeover of Belarus without a single shot being fired.

Lukashenko’s apparent readiness to sacrifice Belarusian sovereignty in exchange for his own political survival is a recent phenomenon that reflects his mounting international isolation over the past thirteen months. Prior to August 2020, the Belarussian dictator had spent much of his 26-year reign playing Russia and the West off against each other in a diplomatic balancing act that had won him burgeoning respect.

Why is Lukashenko eager to cosy up to Russia now? In this case, it is a simple matter of economics. Following the squeeze of Belarussian key industries as a result of EU, UK, and US sanctions, Belarus lacks the funds to pay for the military equipment Putin has pledged to the country, meaning that Russia will  provide it in exchange for political concessions.

The two neighbours, linked in a so-called Union State, also agreed last week to tighter coordination in economic policy, following Russia’s continued supply of natural gas to Belarus as well as another $630 million in loans through the end of next year.

“First the economic foundation must be laid before moving further on the political track,” Putin told Bloomberg after talks in the Kremlin Thursday.

Sanctioning Belarus will not pause Russia’s foreign policy, but in fact strengthen it. Indeed, the Zapad-21 drills underscore that Russia may be a pariah in the West but has friends elsewhere, with several hundred troops from Armenia, India, Kazakhstan, Kyrgyzstan, Mongolia, Pakistan and Sri Lanka taking part, some borrowing Russian tanks. China is not attending but held a large drill with Russia in its north-western Ningxia region last month.

Putin’s actions on NATO’s borders represent a major long-term test-case for international governance, principles of sovereignty and the reliability of the American security umbrella. More immediately, further entrenchment of Belarus into the Russian Federation is hazardous for global security as Putin will remember how his popularity surged after the 2014 annexation of Crimea.

Portraying Russia as a “besieged fortress” that the UK, EU, and America is bent on undermining during this election cycle both reflects heightened desperation to secure Putin’s reign and will serve to rally patriotic support. European leaders may be familiar with this threat, but the Biden administration, more focused on China, should pay closer attention before it is too late.