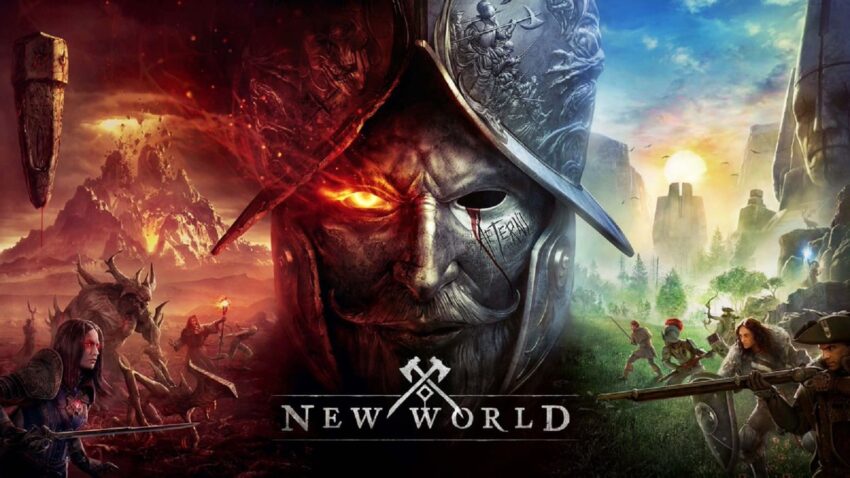 The upcoming MMO by Amazon Games, New World, is finally getting an open beta just 2 weeks ahead of its release date.

The New World Open Beta was announced on Gamescom Opening Night Live during Wednesday. The open beta will be available from 9th to 12th September 2021, even though players in the United States will be able to start playing even from the 8th of September.

This beta will allow the players the final chance to test and try out the game before its official release day on 28th September. The former beta testing, the closed one which was available from 22th July until 4th August, delayed the release for a month, from 31st of August until late September.

The open beta will also feature a completely new game trailer, showing more parts of the supernatural, fantasy part of the game. This amazing MMO is set out on the fantasy island of Aeternum, around the 17th century where players battle for power across the island, largely based on the myth of Atlantis. Each player starts from level 1 with progress for up to level 60 where the final high end content begins.

Character development is classless, leaving players a lot of options to choose from when developing their playstyle. Each player can have as many professions as they want, unlike WoW, they are not limited to choosing just 2 professions.

The game has 4 modes: War Mode, Invasion Mode, Expedition Mode and Outpost Rush, each featuring various aspects and Castle and Settlement sieges are one of the most exciting features of the New World. 3 Factions are prominent across the island: The Marauders, The Covenant and The Syndicate, each fighting to establish their plans on the island, whether be it rule of Law and Justice, Savage Empire or pursuit of Supernatural and Occult knowledge.

The game’s economy is based around its currency called New World Coins. During the closed beta, we could see and notice many third party websites offering beta players to buy New World Powerleveling and Coins. Basically everything in the game developes or its based on the currency. These coins are needed for pretty much everything, ranging from spell and training upgrades, weapon and gear, armor progression where the need is constant as each player needs to upgrade and swap its gear as soon as it progresses a couple of levels forward.

As a player, if you really want to dominate the game, it is absolutely essential to amass huge amounts of coin early on which will allow you to progress much more easily during the mid and the end parts of the game.

Unless you purchase a NW Account with huge amounts of coin, you will have to collect these in the usual, traditional MMO way – by “farming” game mobs, completing quests and utilizing the professions with ultimate goal to sell the gathered resources like wood, stone or ultimately craft high value items which are worth a lot of NW coins on the trading posts which serve as Auction Houses in New World.