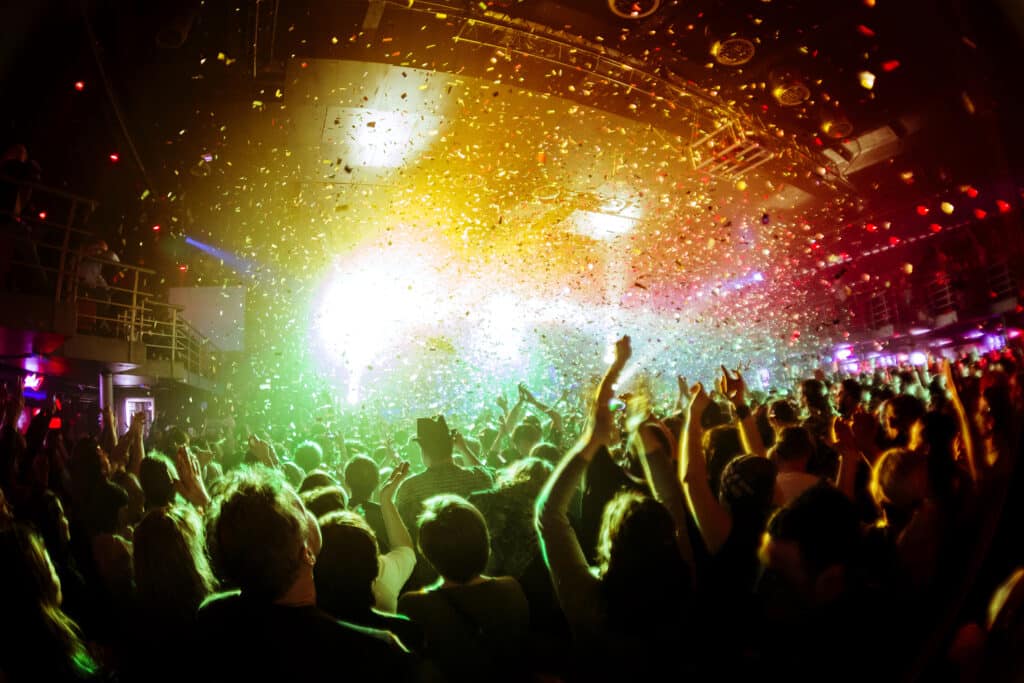 As restrictions lift and case numbers fall, people can look forward to being able to socialise again. It could be the best time to invest in events as we welcome in a new roaring 20’s.

Every news update for the past year seems to have carried nothing with it but doom and gloom. Covid-19 has ripped through the world, infecting people in their millions whilst putting social interactions on hold, shutting down the high street and stopping global economies in their tracks.

Amongst all of this bad news, we continuously shine a light on the future and look for the faintest glimmer of positivity, and now more than ever, that positivity is becoming easier to see. As the vaccines continue to be rolled out and restrictions across the country are lifted, we look forward once again to seeing friends and family and going to social events, the magnitude of which some are predicting will evoke a second roaring 20’s.

“What’s happening to us may seem to so many people to be alien and unnatural,” says Yale Professor Dr Nicholas Christakis, “but plagues are not new to our species – they’re just new to us.” Dr Christakis is right and when you consider previous periods in time where the world has been disrupted due to illness, one thing that is equal parts comforting and exciting which connects them all is that those periods ended.

With this in mind and for a change of pace from what we have grown so used to reading over the past year, here is what we have to look forward to in the near future and how it could be a potential investment opportunity.

Everyone knows it as the decade documented best by F. Scott Fitzgerald in the likes of The Great Gatsby and Tender Is The Night. A period of dramatic social and political change where people relocated to cities and the US’s wealth more than doubled. As the public sought out social interaction, so too did they listen to music, dance and enjoy life more than ever.

The surge in consumerism that the 1920’s saw was due to multiple factors. Firstly, people had the money to spend. As markets surged, wealth increased, and this was used on things such as clothes and appliances but more so on events. Historians estimate that by the end of the 20’s, three-quarters of Americans went to a movie theatre every week. Jazz clubs also became extremely popular as ballrooms like the Savoy and the Cotton Club saw more attendance and people enjoyed good music.

As well as money playing a part, these activities were also sparked by world events in the years that preceded the 20’s. World War 1, of course, but more appropriately the Spanish Flu, which rendered people housebound as they were told to avoid social gatherings. This influenza pandemic swept the world, infecting an estimated 500 million people in four successive waves. When this ended, as all plagues have, people wanted to go out again.

Will It Be Repeated?

There is a striking resemblance between the impact that the Spanish Flu had on the world and that which COVID-19 is currently having. Not least to mention the fact covid is happening on the centenary anniversary of the Spanish Flu, but also the results of which are people unable to leave their homes or attend social gatherings.

Whilst there are some differences between the two, for instance the fact that the Spanish Flu tended to affect young people whilst with COVID the older population is much more impacted, the fact remains, people have been deprived of social interaction and want to have it back. The recent scenes of Liverpool’s pilot festival are a testament to just how much we are craving large events and a post social-distancing world.

Not only that but similar to people in the 1920’s, a lot of us now have money to spend. A recent study by the AA Financial Services has confirmed that over 85% of UK adults have spent less during lockdown and as a result, those who still receive a full income have saved on average £617 a month.

What Could This Mean for Investment?

Many entrepreneurs are constantly looking for new and exciting products or ideas to invest in; however, following COVID-19 and as people crave social engagements again, rather than looking to the future, potential investment opportunities may well lie in the past.

Where things such as AI and technology continue to develop and are likely to form a huge part of our lives, making them prime sources of investment, those looking to put money in something much closer to home and easy to understand could do well to look at different events or events management organisations. Due to the parallels between the 1920’s and now, combined with the publics general eagerness to get back into the world again, the next few years could be major for events and subsequently, events could be prime sources of investment.

About The Author – James Sanders

James Sanders is the Managing Director of London Diamonds, a company disrupting the jewellery industry. Working with designers, buyers, and diamond experts from around the world, London Diamonds put the client first with each purchase decision they make.

Innovative, James is always looking for exciting projects and investments surrounding Gaming, AI, Bitcoin and Gold to invest in. He believes these are interesting times, rich with opportunities for those who are willing to take them.

A prominent name in both business and investment, James is adamant on keeping on top of current affairs. You can find out more about James here.