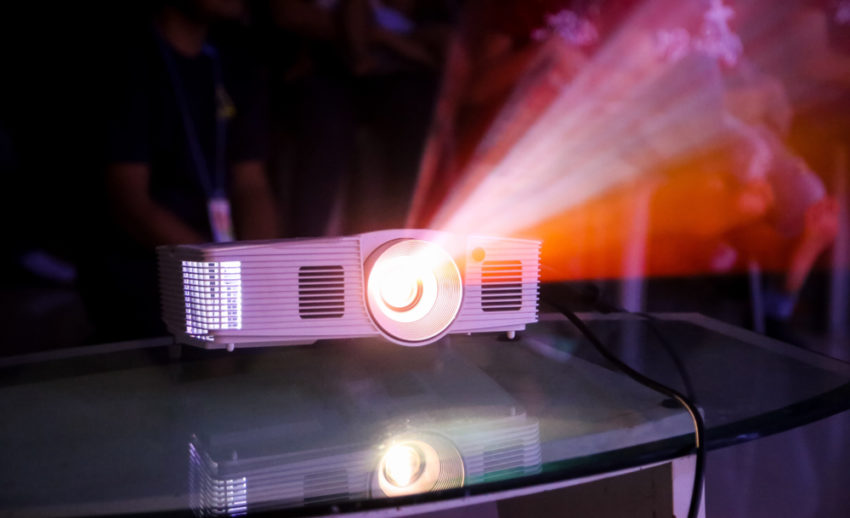 Projectors as we know them today have come to evolve into what they currently are with the advent of technology.

Modern digital projector can be easily connected to a computer or other device, in other to project an image or video from the computer or device on a wall or screen. They can either be fixated on the ceiling or placed on a stand while in use.

There are two main types of digital projector;

Both types of digital projectors have their own merits but the most commonly used one is the liquid crystal display projector. Howbeit in this write up, I’ll be pointing out the major features of a modern digital projector, as a guide for business.

Based on common features LCD projectors are better than the DLP projectors. The manner in which the Liquid Crystal Display technology is developed gives it a significant advantage over the Digital Light Processing projectors.

Most of the LCD projectors have 3 small transparent panels for the red, green and blue lights and they have a bright light passing through them. They are very useful in making presentations especially to clients and customers or even to employees as well.

Few years ago, 4k resolution was introduced but they came at a huge cost. 4k resolution refers to a horizontal display resolution having approximately 4000 pixels. 4k resolution projectors were very expensive and almost unaffordable at the time, with prizes as high as $25,000 for some brands. More recently, there have been an introduction of cheap 4k projectors, even for as low as $1500.

That’s quite a price for a projector of such great resolution. You can now get your desired product and still save a huge chunk of money.

When you’re talking about projector for business, this definitely is a good deal. The more pixels a projector can display, the crisper and detailed the images will appear.

Other features to look out for in a projector

Business projectors are mainly used for official purposes; meetings and presentations. They are primarily designed to project static images, it’s why they are best for power point presentation. They work better in a room with overhead lighting and windows.