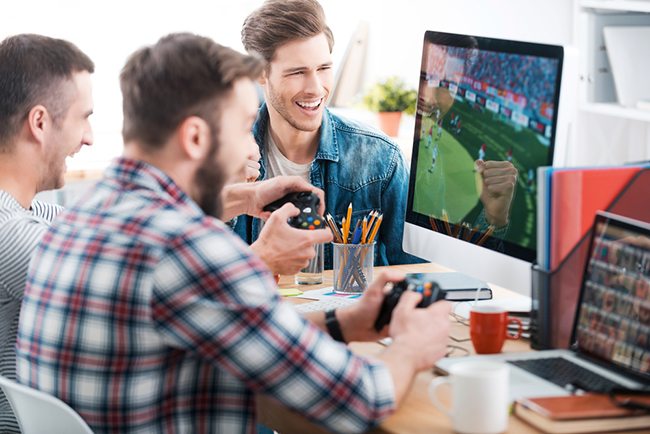 There is plenty of evidence that the gaming industry in the UK has enjoyed a period of rapid growth in recent years, whether it is casino gaming sites or video games.

Official figures show a rise of 11.1 per cent in consumer spending within the digital and online market in 2016, for example, and other areas of the gaming industry also show a similar increase in 2016 from 2015. What factors are behind this significant rise?

Why is it growing and continuing to boom?

One of the main areas of expansion for the UK gaming industry recently has been the explosion in the popularity of the online gambling sector. The sheer number of casino sites available provide more ways than ever before for players to enter the gaming world in a relaxed and fun way. The variety of fun games, particularly in the slot game niche, also adds to the choice and glamorous image online gambling offers to customers. With new advancements in recent times such as live dealers, casino sites seem likely to grow their popularity and market share with the UK consumer.

When it comes to the online gambling sector of the whole gaming market, the update to its image in recent times has made it more socially acceptable for people to play online slot or table games. A large part of this is down to the greater advertising efforts the companies employ now, but it seems the general attitude toward gambling in society has relaxed. In the past, many people felt gambling had a stigma attached to it, but they have now realised this is not the case.

Online gambling has also made this pastime available to people who may not have felt comfortable going to a physical casino. Eliminating the need to dress up and go out of the house to a casino, where people often spend extra money on transportation and food, is one big reason people are more likely to gamble online now.

When talking about online gambling, it is also useful to consider the effect of mobile gaming on this sector of the UK gaming industry. With most online gambling sites and games being mobile-friendly now, it is more convenient than ever to log on and play your favourite game any time you want. The UK consumer values this greatly, as the rises in online gambling and the gaming industry in general illustrate.

When we look at the sector of the UK gaming industry that is concerned with video games, this has also played its part in the £4.33 billion made overall in 2016, as reported by The Telegraph. It is estimated that around half of the UK population enjoys the thrill and excitement of playing video games, whether it is mobile, online or on a console. Although new console sales were down 26.7 per cent in 2016, the rise of mobile or online gaming more than made up for this. In effect, the figures show a change in how UK consumers enjoy playing video games rather than a move away from them. With more titles being released on a regular basis and gaming events becoming more prevalent, this sector within the UK gaming industry is also in great shape.

How is this growth achieved?

A major reason behind this stellar performance in recent years is the investment in the sector by the Government and the way that has allowed new gaming companies to start up. Initiatives such as Creative England help new gaming companies gain the required funding to produce games. The gaming sector is a great boost for the jobs market within the UK, which happens to be the third best country at attracting and retaining top talent. The real key to sustaining the gains within the UK gaming industry is retaining this talent within the UK economy once it has been attracted. These kinds of steps by the UK Government will only aid in this goal and hopefully see the robustness of the gaming industry within the UK remain strong for many years.

This presents a superb opportunity for many people who wish to work in gaming to enter the market. In addition, with growth for next year anticipated to be 6.7 per cent by PWC, the number of jobs will only continue to rise and allow more people to move into the UK gaming area of employment. It is not just the gaming industry alone that benefits from doing well. As successful video games present merchandising opportunities and popular online casino sites need marketing campaigns, other job sectors within UK business can reap the rewards.

The effect on the UK economy

PWC estimate that next year, the UK gaming industry will be worth around £5.2 billion. This amount of money flowing into the economy is a great asset, and a thriving gaming industry is something the UK Government will see as important moving forward. The added bonuses of money spilling into other areas such as merchandising and the creation of new jobs makes UK gaming a vital cog in the country’s economy. The figures for next year are already expected to show a gain on 2016, which, in turn, was a gain on 2015. This kind of upward trend certainly shows no sign of reversing as more people start to gamble online and buy video games.

Looking at the figures from 2016 and the anticipated ones for this year, there really is little doubt that the UK gaming industry is in fine health. The popularity of online casino sites only seems to grow as more sites are developed, and the video game sector also shows no signs of slowing down. In terms of the UK economy, it is one of the biggest plus points for the future. The constant advancement in game technology or around hardware such as virtual reality headsets future-proofs the industry and allows it to draw more consumers into it while retaining the ones they already have.