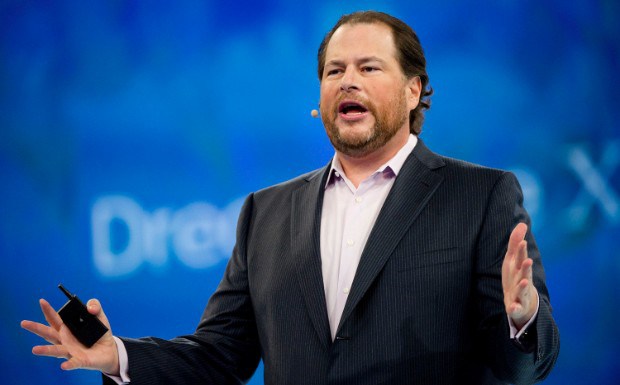 Silicon Valley billionaire Marc Benioff has compared the current crisis of trust facing the tech giants to the financial crisis of a decade ago, urging regulators to wake up to the threat from Google, Facebook, and the other dominant firms.

The outspoken entrepreneur accused some of the industry’s most influential bosses of “abdicating responsibility” and being ignorant to how powerful and sophisticated they had become, reports The Telegraph. Regulators now had “have no choice” but to intervene, he said.

“We are in a new world. A decade ago, you had the banks talking about collaterised debt obligations and credit default swaps, saying they were great for the economy but regulators weren’t paying attention. The government needs to come in and point ‘True North’,” Mr Benioff said at a panel session at the World Economic Forum in Davos, Switzerland.

Mr Benioff, founder and boss of cloud computing firm Salesforce, pointed to the way the tobacco industry and food producers had become more highly regulated. “There are a lots of examples from other industries,” he said.

The call was backed by Sir Martin Sorrell, who said the “Seven Sisters” – Apple, Facebook, Amazon, Google, Microsoft, and China’s Alibaba and Tencent – had become too big. Comparing Amazon founder Jeff Bezos to a modern-day John D Rockafeller, the chief executive of WPP, said “we are now in a position where they need to be regulated”.

However, Ruth Porat, finance director of Google parent Alphabet, fought back, claiming that the company’s recent shake-up, which had resulted in it being carved up into a series of a subsidiaries, “allows us to keep investing and improving the lives of billions of people”.

Mr Benioff hit out at Uber, whose new boss Dara Khosrowshahi was also on the panel, claiming it had pursued growth above customer trust. “It was built for speed at any cost”, which was “unacceptable in a world of connected products”.

“Trust has to be the highest value [for any company]. If not, bad things will happen,” he said.

Mr Khosrowshahi welcomed the crisis that had engulfed Uber, claiming it had triggered serious reform at the company. “The leaks and exposures started huge cultural change and a break from the past,” he said.

He said Uber would be doing more to improve safety, introducing a new higher level of service that allowed customers to choose the drivers with the very best ratings. In the next decade, Uber would need to double the size of its workforce to keep up with growth, he predicted.

However, Mr Khosrowshahi suggested using Uber was a safer experience than taking a conventional cab because of its online rating system: “That’s more information than you would have in the back of a New York cab.”

But it was unable to guarantee a completely safe service, Mr Khosrowshahi said. “When you’re doing four million rides a year, you can’t make up for random events.”

Backing the cry for greater regulation against Silicon Valley’s biggest names, he said: “As Google and others get larger… it is not a fair fight.”

Echoing similar calls from media mogul Rupert Murdoch, Sir Martin said the time had come for Google and Facebook to acknowledge that they have become media companies. The key issues were privacy and the impact that technology is having on jobs, he said.

Earlier this week, Mr Murdoch called on Facebook to pay trusted media organisations a fee for content. “If Facebook wants to recognise ‘trusted’ publishers, then it should pay those publishers a carriage fee similar to the model adopted by cable companies,” said Mr Murdoch, executive chairman of News Corp.

His comments followed a spate of criticism of Facebook and other social networks over the spread of fake news and allegations that Russian agents spread misinformation ahead of the US election.

Mr Benioff claimed that some tech giants had become so powerful that their own bosses were unaware of the extent to which their services were being “used nefariously”.