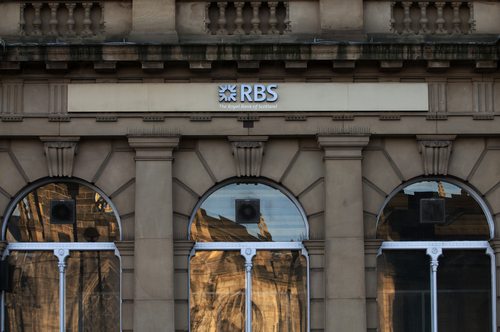 A report from the Public Accounts Committee pours cold water on hopes of a quick sale of the State’s holdings in the banks, reports The Telegraph.

The committee said that the handling of the sale of Northern Rock suggested that the Government lacks the skills and resources to conduct a successful sale of the RBS and Lloyds stakes.

The report, based on evidence taken from senior officials at the Treasury and UK Financial Investments – which manages State holdings in banks — dismisses any prospect of a quick sale of any of the State’s holding in the banks.

The Government will have to keep its shares for some time to come, the committee predicted, and “the £66 billion cash spent purchasing shares in RBS and Lloyds may never be recovered”, the MPs said.

Some senior Government figures have privately discussed an early sale of part of the two banks, but the MPs dismiss that suggestion.

They conclude: “The taxpayer is likely to hold its stake in RBS and Lloyds for many years.”

The Treasury must learn from the sale of Northern Rock and ensure that the “lessons can be applied to future disposals, including any sale of RBS or Lloyds,” the report said.

Northern Rock was taken into State ownership after its effective collapse in 2008, and sold again last year.

The committee investigated the sale of Northern Rock to Virgin Money, and raised serious doubts about the way UKFI handled the process.

Virgin was one of only two credible bidders for the Rock, and the MPs suggested that the lack of competition meant that the Government did not get the best price.

The committee estimated that taxpayers will incur a loss of £2 billion on the rescue and sale of Northern Rock, though the final total is uncertain because the State still holds many mortgages the Rock issued.

Margaret Hodge said the way the Treasury’s management of the Northern Rock sale raised fears about the larger stakes.

“The lack of competition does not fill us with confidence that the taxpayer will make a profit on the sale of the two banks which remain in public ownership, RBS and Lloyds,” she said.

“There is a risk that the £66 billion invested in RBS and Lloyds may never be recovered.”

The committee raised particular concerns about UKFI’s capacity, suggesting the body lacks the staff to exercise real influence over the management of Lloyds or RBS.

UKFI employs only around 12 staff and its head of wholly-owned investments has now left and will not be replaced”, evidence to the committee shows.

The report also cast doubt on the Treasury’s capability to respond to major financial crises.

The Treasury told the committee that it has “started building up its skills” for dealing with its investments.

But Richard Bacon, a Conservative member of the committee, said worries remain.

“This report is a reminder that the Civil Service is short of skills and experience from the world outside Whitehall,” he said. “The Treasury has now made some progress addressing the gaps in its collective expertise, but it will need to be watchful that it keeps things that way.”

The Treasury defended the sale of Northern Rock and promised a detailed response to the MPs in the coming weeks.

A spokesman said: “The decision to nationalise Northern Rock in 2008 was taken in the interest of financial stability.

“The sale of Northern Rock plc to Virgin Money last year represented good value for money for the taxpayer, and has helped increase high-street competition.”