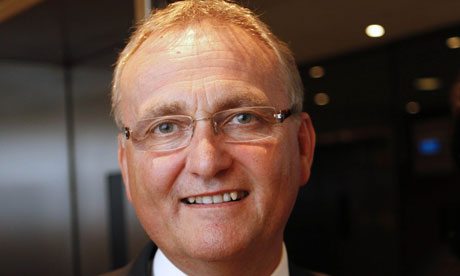 Fears that Britain is sliding into a triple-dip recession have been rejected by a leading business group as it reported a pickup in jobs, investment and activity in both the manufacturing and services sectors, reports The Guardian.

The quarterly report from the British Chambers of Commerce found that economic conditions were more favourable in the final three months of 2012 than in the previous three months, and said the next two years would show modest growth.

Despite remaining weak, business confidence had shown a marked improvement towards the end of 2012, the BCC said, although the poll of nearly 8,000 firms revealed a cautious approach to major investment spending.

“The marked increase in confidence in both sectors reinforces our view that the economy will record modest positive growth in the fourth quarter of 2012. Fears that the economy returned to negative growth in the fourth quarter are not supported by our survey. Plans to raise prices are higher, notably in manufacturing, but it is questionable whether price hikes can be carried out in the face of weak demand.”

The Bank of England expects the economy to contract in the fourth quarter of 2012 following its Olympic-boosted 0.9% expansion between July and September. Gloomy surveys of the construction and services sectors last week by the CIPS and Markit heightened concerns that a fresh period of decline is in store for the UK.

But the BCC said its study showed the resilience of business, with all the key balances showing an improvement in the fourth quarter. Activity in the service sector was at its strongest for two and a half years, while service sector exports were back to pre-recession levels last seen in the autumn of 2007. Bigger companies with workforces of more than 500 people performed more strongly than small and medium-sized companies.

Commenting on the results, John Longworth, director general of the BCC, said: “Our survey results show the economy is making progress, despite the numerous challenges it has faced. Although the improvements we have seen are slight, it is progress nonetheless, and highlights the determination and ability of the businesses we have here in the UK. Despite rising business confidence that the outlook will improve, it is clear that economic growth remains weak and nurturing it must be a top priority.

“The UK economy will continue to face major obstacles as we head into 2013, and every effort must be made to kickstart growth. Politicians can make a difference to our economic success, as they have the power to deliver bold and imaginative measures that will drive growth. The question is whether they have the guts to do it.”