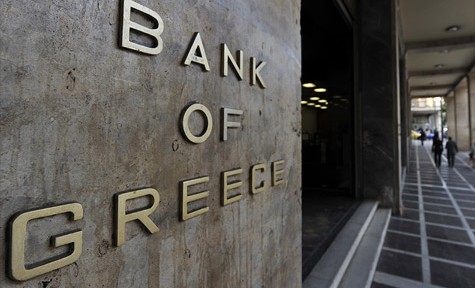 The long-awaited injection – via bonds from the European Financial Stability Facility rescue fund – will boost the nearly depleted capital base of National Bank, Alpha, Eurobank and Piraeus Bank reports Reuters.

“The bridge recapitalization of the four largest Greek banks was completed today with the transfer of funds of 18 billion Euros from the Hellenic Financial Stability Fund (HFSF),” the finance ministry said in a statement.

“This capital injection restores the capital adequacy level of these banks and ensures their access to the provision of liquidity funding from the European Central Bank and the Eurosystem. The banks have now sufficient financial resources in support of the real economy.”

The finance ministry statement confirmed what an official at the HFSF had earlier told Reuters. The HFSF was set up to funnel funds from Greece’s bailout programme to recapitalise its tottering banks.

The HFSF allocated 6.9 billion euros to National Bank, 1.9 billion to Alpha, 4.2 billion to Eurobank and 5 billion to Piraeus. All four are scheduled to report first-quarter earnings this week.

“Our finance ministry efforts at this time are focused on boosting revenue,” one official told Reuters. But he added that if those efforts failed they would “examine all alternatives, including the 3 billion euros from the first bailout”.

Greek state coffers are on track for a more than 10 percent fall in revenue this month, a senior finance ministry official said last week. Officials had warned the state could run out of cash to pay pensions and salaries by end-June.

The 3 billion euros is held in an intermediate HFSF account.

Greece has been struggling through a fifth year of recession and political turmoil, triggered by an inconclusive vote this month that has fanned fears the country could be forced to leave the euro zone.

The country’s struggling banks have been among those hit hardest by the uncertainty, with a rise in deposit outflows.

Huge write downs from a landmark restructuring to cut Greece’s debt nearly erased the capital base of its biggest four banks, which rely on the ECB and the Bank of Greece to meet their liquidity needs, after savers began pulling their cash out on fears that Greece could go bankrupt and out of the euro zone.

Last week the ECB stopped providing liquidity to some Greek banks because their capital base was depleted.