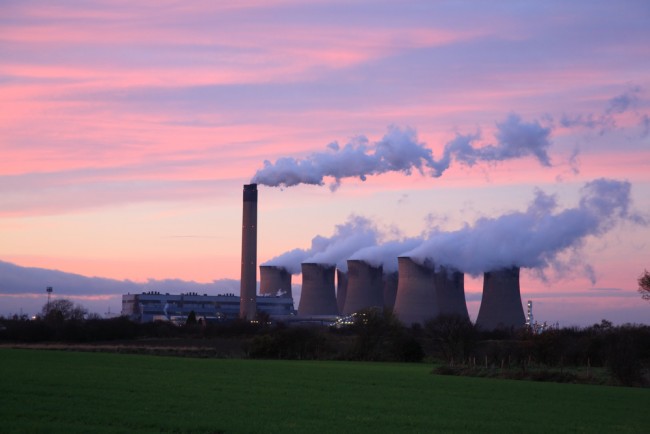 In a letter released today by the business lobby group, and seen in advance by The Times, it argues that Britain is facing the threat of a supply crunch because of a shortage of investment and uncertainty around the future subsidies available for low carbon power.

The letter, released a day before Carolyn Fairbairn, the CBI’s director-general, meets Amber Rudd, the energy secretary, tomorrow to discuss a looming power generation crunch, calls for stronger leadership, faster decision-making and an end to unnecessary and burdensome red tape to prevent a collapse in investment, reports The Times.

“UK industrial firms already pay higher electricity costs than EU competitors, and spare capacity on our grid is getting squeezed out as we phase out older power stations,” says the letter, which is co-signed by 18 executives from some of Britain’s biggest companies, including ScottishPower, Ineos, Tata Steel and BOC.

“Getting the investment we need to address this requires clear leadership and stable policy from government. We need more of this in 2016.”

The open letter to the government, which suggests that ministers have been dragging their heels on key decisions, comes as a study published separately today by the Institute of Mechanical Engineers reveals the scale of Britain’s impending energy shortage. It suggests that by 2025 the UK could be facing an electricity supply gap of up to 55 per cent because of the planned closure of ageing coal and nuclear plants.

“The UK is facing an electricity supply crisis,” Jenifer Baxter, the report’s author, said. “As the UK population rises and with the greater use of electricity in transport and heating it looks almost certain that electricity demand is going to rise.

“Currently there are insufficient incentives for companies to invest in any sort of electricity infrastructure or innovation. Under existing policy it is almost impossible for UK electricity demand to be met by 2025.”

In the CBI’s letter, Ms Fairbairn says that businesses “will be looking for clarity” this year if they are to make big decisions on whether to proceed with essential energy investments.

Among other things, the CBI is seeking an extension beyond 2021 of the Levy Control Framework, a key green subsidy budget without which many wind and renewable energy projects will be unviable. It is also urging an extension of the Carbon Price Support mechanism beyond 2020. The lack of any clarity after that date muddies the economics of any power project due to come onstream.

Lisa Nandy, the shadow energy and climate change secretary, said: “We face real risks to our energy security, particularly next winter. Energy bills are still too high and we’re failing to cut emissions fast enough. By any reasonable standard, this government’s energy policy is failing.”

Keith Anderson, chief corporate officer of ScottishPower and one of the signatories on the CBI letter, said that Britain was facing an increasingly uncertain future in terms of its energy supplies, which had sapped confidence in the industry’s investment climate.

“In the medium to long term we don’t think it’s sustainable to carry on this way. You will start seeing massively increased volatility in terms of prices. It’s going to get worse.”

ScottishPower is set to shut down Longannet, Britain’s second-biggest coal power station, in March because of increasingly tough emissions legislation. The loss of Longannet is likely to exacerbate electricity shortages at periods of peak demand, raising the likelihood of supply disruptions.

Last year Ms Rudd called for the closure of all UK coal plants within ten years, but no clear plan has been developed for how this will be achieved without creating power shortages.

Mr Anderson said that up to 25 sites for new gas-fired power stations had been granted planning consent in the UK, representing a potential investment of at least £16 billion, as well as a string of big onshore wind farms, but few if any of them were moving ahead because of a lack of clear policy support and uncertainty over their commercial viability.

Responding to the Institute of Mechanical Engineers’ report, a spokesman for the Department of Energy and Climate Change, said: “We are the first country to propose an end date to using unabated coal and we will do so in a way that maintains energy security, which comes first.”