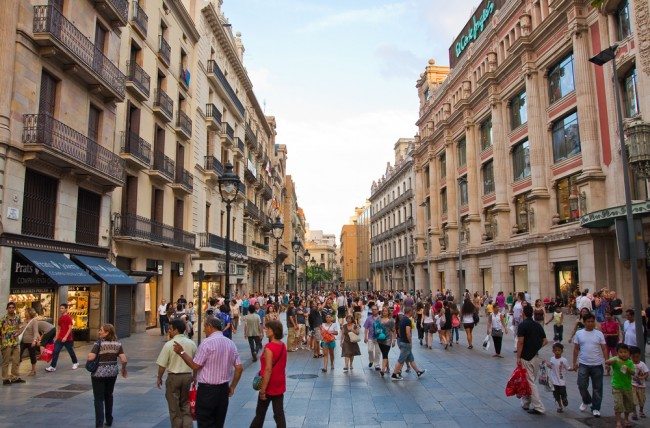 The latest health check conducted by the information services company Markit showed the pace of activity across the eurozone eased only slightly during the weeks when Greek banks were closed for business.

But the survey found no signs that the eurozone was about to slide back into recession and, with Spain leading the way, was consistent with growth continuing at about 0.4 per cent per quarter.

However, the fragility of the recovery in the 19-nation group was highlighted by data from the EU’s statistical agency, Eurostat, showing a 0.6 per cent drop in retail sales growth in June, as reported by The Guardian.

The drop in spending was sharper than the financial markets had been expecting and cut the annual growth in retail sales from 2.6 per cent to 1.2 per cent – its slowest pace for nine months. Jack Allen, an economist at Capital Economics, said the decline in retail sales growth from 1 per cent in the first quarter to 0.3 per cent in the second quarter suggested that the boost to consumer spending from the collapse in oil prices late last year had started to fade.

Chris Williamson, the chief economist at Markit, said: “The eurozone economy showed reassuring resilience in the face of the Greek debt crisis in July. Despite a record deterioration in Greek business conditions amid extended bank closures, the overall pace of economic growth across the region barely slowed from June’s four-year high.”

Both measures used by Markit to gauge the strength of the eurozone economy fell slightly last month. The services business activity index dropped from 54.4 to 54.0, while the composite purchasing managers’ index (PMI) dipped from 54.2 to 53.9. A reading above 50 indicates economic growth.

Williamson said: “Based on the recent survey data, euro area GDP looks set to have risen by 0.4 per cent in the second quarter, with the same rate of growth evident at the start of the third quarter. Even faster growth could soon be achieved providing the Greek situation remains under control.

“Of the region’s largest economies, Spain is the current star performer, with the PMI signalling ongoing economic growth of approximately 1 per cent at the start of the third quarter. Italy and Germany are also showing sustained recoveries, albeit with growth running at more modest 0.3 per cent-0.4 per cent rates. France remains a straggler, but is still joining in the recovery, with the PMI signalling a mere 0.2 per cent rate of expansion.”

Spain’s return to growth is the result of the performance of its services sector, with the Markit survey showing output in recent months back to levels last seen when the economy was booming in 2006. The services PMI rose from 56.1 to 58.7 last month.