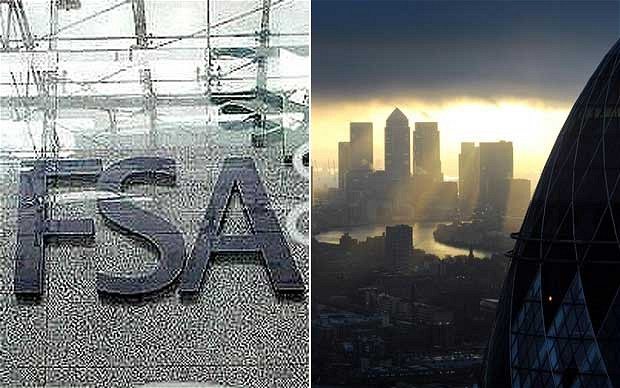 Ninety-five days ago, in the early hours of the morning of June 29, the heads of the country’s high street banks signed an agreement at the Canary Wharf headquarters of the Financial Services Authority to compensate victims of what could well be one of Britain’s biggest mis-selling scandals in British history.

After months of growing public and political anger, the agreement between the banks and the regulator was hailed by the small business victims of interest rate swap mis-selling as the breakthrough they had been waiting for.

Three months on many businessmen have become disillusioned with a scheme they say is overly complex, too slow and lacking the independence crucial to win their trust.

Two weeks ago, the Federation of Small Businesses took the step of writing to George Osborne and other senior ministers to make clear its concerns of what it said were “serious failings” in the FSA’s scheme, reports The Telegraph.

“The views of small firms have been completely ignored in designing the redress process and we’ve had little response to our concerns from the FSA. The FSB believes the independent system could be implemented as quickly as the FSA’s solution and at a lower cost,” wrote John Walker, the chairman of the FSB.

The FSB is not alone in its fears and lawyers and other advisers to mis-selling victims are worried that with a trial run of the scheme already underway it is too late for the regulator to change course.

Of particular concern to the small businesses have been the independent reviewers appointed to analyse and offer judgements on cases. To the outrage of swap victims, the banks have hired major accountancy firms, such as KPMG to perform the role, leading to complaints of conflicts of interest due to the strong business links that exist between the firms and the lenders.

The FSA and the banks have countered that only a major accountancy firm has the resources and necessary expertise to deal with the assessment of thousands of highly-complex mis-selling cases in a speedy and fair manner.

Vince Cable has also written to small businesses to calm their fears, saying he was “confident” that the reviewers would act with “honesty and impartiality”.

Despite the Business Secretary’s intervention, an impasse is developing between victims and the authorities leading to a danger that the FSA scheme, which is expected to launch fully in November, could be dead in the water before it has even got going.

Legal action is increasingly seen by many businesses as their only route to what they see as a fair settlement of their claims. Bully Banks, an organisation set up by swap mis-selling victims, this month told its more than 700 members that it had reached an agreement with law firm Russell Jones & Walker (RJW) to represent any firm on a no-win-no-fee basis.

Fraser Whitehead, head of litigation at RJW, is dismissive of the FSA scheme and while stopping short of the saying the regulator’s process is already a failure is clear that a mass and co-ordinated legal action by small businesses is the only way to get a settlement they are satisfied with.

“I would characterise what you have seen so far as sporadic shooting and to be frank the banks’ shields are too big for them to take notice. The only thing to do is for everyone to go over the top together and present them with a united front,” says Mr Whitehead.

United action may be a good idea in principle, the problem is that what form the action should take appears to be hard to agree. QA Legal, a network of solicitors and barristers and derivatives experts, is already attempting to offer just such a co-ordinated approach and last week FPG Solicitors gained financial backing to finance several hundred mis-selling cases.

Ben Posner, the partner leading the mis-selling claims at FPG, says he could potentially file hundreds of cases by the end of October, which would mark a notable uptick in the pressure on the FSA to either indicate more clearly what compensation businesses can expect from its scheme or risk seeing their process overtaken by a slew of legal claims.

The core of the dispute is an argument over what form compensation should take. Court settlements have generally seen banks return all the premia paid due to the swap, the writing off of any breakage charge and the cancelling of the swap.

The cost of settlements like these is high for the lender. For instance, in many cases premiums paid out will total several hundred thousand pounds, as will the break charge, meaning the average settlement on this basis could easily reach between £250,000 and £500,000 and often more.

Banks, understandably, are resistant to the idea that they might have to payout hundreds of thousands of pounds to thousands of customers and some businesses say they have been offered a settlement by their lenders that involves replacing their existing swap with a fixed rate loan.

This may sounds like a fair compromise, however derivatives experts point out that the replacement fixed rate loan is still likely to carry a large breakage cost and therefore leave the business with the same problem it had before.

“A fixed rate loan really isn’t a solution and the banks know this. However, their provisions to-date suggest that this is the main type of settlement they are going to offer,” says James Ducker, at Benchmark Treasury Pricing, who has advised many victims and acted as an expert witness in mis-selling cases.

Speaking last week to the Parliamentary Commission on Standards in Banking, Abhishek Sachdev, a derivatives expert at Vedanta Hedging, explained the situation to MPs and Lords and warned that many businesses felt the FSA reviews were unlikely to help them.
At stake is the cost to the banking industry of a scandal that has the potential to overtake payment protection insurance as the most expensive mis-selling problem in the modern history of British banking. Already calculated to have cost more than £600m, swap mis-selling cost could now be heading into the billions.