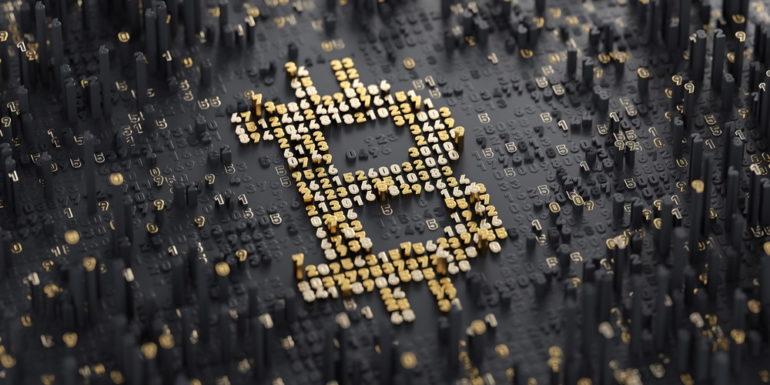 The growth in gambling on the yo-yoing value of cryptocurrencies using risky derivatives products has helped boost the profits of the financial spread betting firm Plus500, reports The Guardian.

The London-listed company’s shares rose 130 per cent in value last year and gained nearly another 25 per cent on Wednesday after it said there had been increased interest throughout 2017 in cryptocurrencies such as bitcoin.

Plus500 said annual profits would be ahead of market expectations after record revenues in the final three months of the year, when bitcoin’s value surged from about $4,000 (£2,960) to more than $19,000 before falling back below $14,000 in late December. The company added about 246,000 customers last year, more than double the number in 2016.

Plus500 and other financial spread betting firms offer derivatives products known as contracts for difference (CFDs), which allow investors to gamble on the price of an asset without ever owning it.

The Financial Conduct Authority has found 82 per cent of customers lose money on CFDs, with average losses of £2,200 per person. Experts warned bitcoin CFDs could result in steeper losses than owning the actual cryptocurrency, should the market crash in the coming months – as forecast by some economists.

“Plus500 has experienced strong volumes in cryptocurrency CFDs and has seen increased interest throughout the year in a category which we introduced in 2013,” the company said in a trading update.

“Plus500 remains focused on risk management which includes setting appropriate risk and leverage for all the instruments traded on its platform.”

There has been rapid growth in CFD trading firms looking to cash in on bitcoin’s meteoric rise – including several firms with Premier League sponsorship deals. Bitcoin has risen by more than 1,200 per cent in the space of a year, and was valued at about $15,000 on Wednesday afternoon.

Watford FC’s shirt sponsor FXPro started offering bitcoin CFDs about a month ago, while other top-flight clubs including Arsenal and Burnley have prominent deals with financial firms Markets.com and Teletrade, which also offer bitcoin trading. Plus500 has a shirt sponsorship deal with Atlético Madrid.

Economists and a gambling campaigner who lost more than £100,000 on spread betting, which is a type of CFD, voiced concern amid fears of a crash in the digital currency.

Tom Kirchmaier, a finance professor at the London School of Economics, said the risks of a bitcoin crash could be amplified for CFD speculators. “Just stay out of it,” he said, adding that bitcoin was a “bubble with exponential growth, and one day there will be an explosive decline – and it is much more dangerous [trading through CFDs]”.

The risks could be greater with CFDs because the trading platforms offering them allow consumers to make larger bets than the value they place as a deposit – known in the finance industry as leveraged or margin trading – which stands to amplify gains but can also lead to more painful losses.

Some firms are offering leverage on cryptocurrencies of up to 50:1, according to the FCA, meaning the value of a wager can be 50 times the deposit set against it. So with a £2 deposit an investor could bet £100 on bitcoin.

The FCA warned this could result in consumers losing more than their initial investment, or leave them owing money to firms. Plus500, FXPro, Markets.com and Teletrade state on their websites that they do not let clients go into negative balances.

Experts say bitcoin’s volatility could lead to steeper losses for those trading on margin. The digital currency lost a quarter of its value in one day last month.

Chris Stringman hid his gambling habits from his wife while working as a teacher at a school in Hampshire, ultimately losing £130,000 on spread bets. He said there was a much greater risk for consumers buying and selling bitcoin using CFDs. He wrote a book, Win. Lose. Repeat, to warn others of the risks from spread betting on financial markets.

“Bitcoin is after my time, thankfully,” he said, warning CFD trading is a “risky business” made worse by the arrival of cryptocurrencies. “For me, what could be riskier than that [bitcoin]? Nothing goes up forever,” he said.

The FCA warned consumers over cryptocurrency CFDs late last year, labelling them as “extremely high-risk, speculative products”. Although bitcoin is not regulated by any central bank or government, the City watchdog is responsible for CFDs and the trading platforms selling them.

Conor O’Driscoll, FXPro’s UK deputy chief executive, said the firm “understands the risks inherent in trading crypto instruments” and it forced limits on the size of bets to help customers manage those risks.

European regulators are cracking down on CFD firms, having seen the severe losses for consumers in 2015 when the Swiss National Bank scrapped efforts to peg the franc to the euro. Spread betting firm Alpari UK – which was shirt sponsor to West Ham at the time – went bust in the fallout.

CMC Markets, started by the former Conservative party treasurer Peter Cruddas, is yet to enter the bitcoin CFD market despite being one of the biggest firms in Europe for CFD trading. Its chief financial officer, Grant Foley, said: “It is clear that regulators are currently focusing on cryptocurrencies, so we are continuing with our development work and have not yet committed to launching the product.”

Garrick Hileman, an economic historian at London School of Economics, said bitcoin buyers needed to be wary of the risks. He added: “It’s still a bit of the wild west. Just because institutions are coming into the space doesn’t mean it’s an entirely safe place to play.”

Watford, Arsenal, Burnley, Atlético Madrid, Teletrade and Markets.com did not respond to requests for comment. Plus500 declined to comment beyond its trading statement to the City.