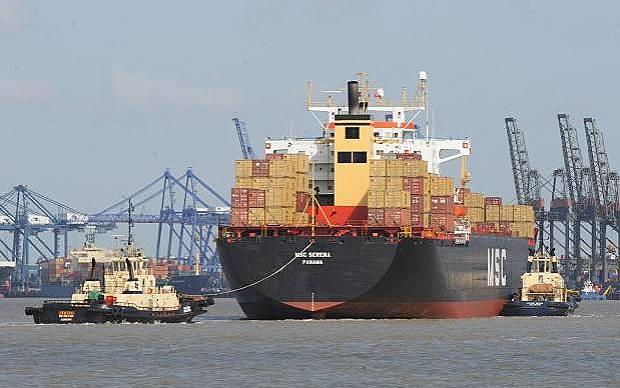 John Meredith, who has run the Hong Kong-based Hutchison Port Holdings group for the past 42 years, said he was so frustrated at Britain’s decline as a manufacturing and exporting nation that he had decided to intervene personally to help small and medium companies sell their products abroad.

Mr Meredith, 74, has launched Project Bulldog, which aims to channel his expertise from operating 52 ports in 26 countries into concrete advice for budding exporters, reports The Telegraph.

In an advert published on Thursday in The Daily Telegraph, Mr Meredith says: “I would like to offer a personal commitment to assist your company in any way I can.”

His “completely free service” spans everything from helping find contacts in foreign markets to advice on tax, legal, transport and customs issues.

Mr Meredith said he decided to launch his initiative after being asked a year ago by Government export agency, UK Trade & Investment, to give a presentation on “export opportunities in Asia”.

“I found a pretty strange response,” he said. “Most of the people who came forward afterwards were security people, or lawyers or consultants but not many people who were actually making things.”

He said this was mirrored by what was going on at Felixstowe where the “stuff that’s moving out is mainly empty containers or scrap – but no products. I got irritated by this so I set up Project Bulldog.”

He said Britain needed to focus on manufacturing, including offering tax breaks and cheaper energy for exporters, or risk getting left behind by other more innovative nations, including America.

“You can’t rely on North Sea oil and gas and the City of London. We have to go back to basics and start making stuff,” he said.

Referring to vacuum cleaner entrepreneur Sir James Dyson, Mr Meredith added: “Everyone admires the Dysons of this world. The UK’s got a lot of potential Dysons but they are not getting products to market. We should be teaching innovation in schools so people think laterally.”

He believed his initiative would not get in the way of his day job, from which he has no intention of retiring. “You don’t think of retiring if you work for Mr Li,” he said. “I’m 10 years behind him.”

He said he was not afraid that he would be inundated with requests for help. “I would welcome it,” he said. “I’ve got a particular bug on this issue.”