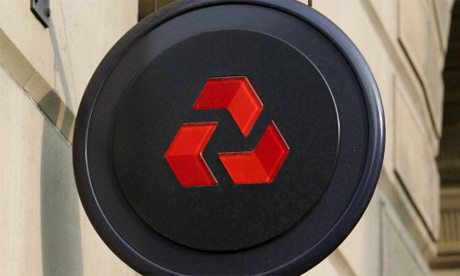 NatWest became the second financial institution to report technical problems on Thursday after up to 2m Nationwide transactions were duplicated reports The Telegraph.

An RBS spokesman said: “Online banking is now fully operational and debit card transactions are processing as normal. We continue to monitor the systems closely and will keep our customers fully informed. We apologise for any inconvenience caused.”

Earlier in the summer, Natwest suffered a major systems collapse when millions of customers were unable to check their balances, withdraw cash or make payments. NatWest promised that no customers would be left out of pocket as a result of the technology problems.

Although it has not yet been revealed what caused the problems at RBS, the Nationwide issue was attributed to “human error” and meant some customers who used their Visa cards on Tuesday had duplicate payments also taken out on Wednesday.

The building society recently benefited from a surge in activity from customers looking to switch accounts following NatWest’s IT meltdown last month, where customers were left for days without access to cash, and Barclays’ Libor-fixing scandal.

Nationwide said 704,426 of the society’s four million current account holders had been affected, of which fewer than 50,000 are thought to have been adversely impacted, by wrongly incurring charges or fees.

Leigh O’Riordan said that he had paid for his annual rail season ticket from Billericay in Essex to London, at a cost of £3,422, but he found the payment had been taken out twice.

“In my case, this means I now do not have access to my money,” he told the BBC website.

“It took me a while to get through to Nationwide, but they were very good and they apologised.”

The blunder will come as a blow to a building society which has successfully marked itself out as offering something different from the scandal-hit big banks.
Nationwide said earlier this month that it had seen a 45pc increase in people transferring their main account to the society, including branch, online and telephone applications.

A statement issued by Nationwide said: “We have identified an issue where some current account card transactions made on July 24 were duplicated on July 25.

“This is a one-off isolated incident and is down to human error. The duplicated transactions will be corrected overnight.

“We would like to apologise for the inconvenience this has caused and we can assure customers that should they incur any related charges these will be refunded in full.”

Richard Lloyd, executive director of consumer body Which?, said: “This again raises wider questions about how robust banks’ systems and safeguards are as consumers bear the brunt of yet another banking glitch.”