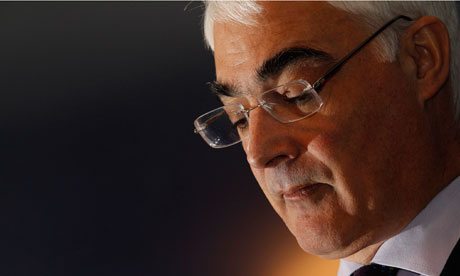 The Labour government was too slow to nationalise Northern Rock when it ran into difficulties five years ago and the taxpayer may have lost out as a result, said a top civil servant in the Treasury, reports The Guardian.

Sir Nicholas Macpherson, permanent secretary to the Treasury, was being questioned by the public accounts select committee after the sale of the “good” part of Northern Rock to Virgin Money in November. He said the Treasury had tried to find ways to “bribe” buyers five years earlier.

Alistair Darling, the then chancellor, did not take the Newcastle-based lender into state hands until February 2008, five months after the run on the bank.

“The main damage which was done on Northern Rock goes back to 2007‑08 … with the benefit of hindsight, the Treasury was slow off the mark,” Macpherson said. “From the point there was a run on Northern Rock in September through to nationalisation there was a five-month period of drift, and that made it quite likely that we would lose money on Northern Rock,” he said.

Macpherson said he would have “wanted to nationalise it earlier”. The National Audit Office has said that taxpayers face losses of at least £2bn on the continued state ownership of the “bad” part of Northern Rock.

Lord Oakeshott, the Liberal Democrat peer, said Macpherson’s remarks showed that “the Treasury have hoped for the best and delivered the worse under both governments”.