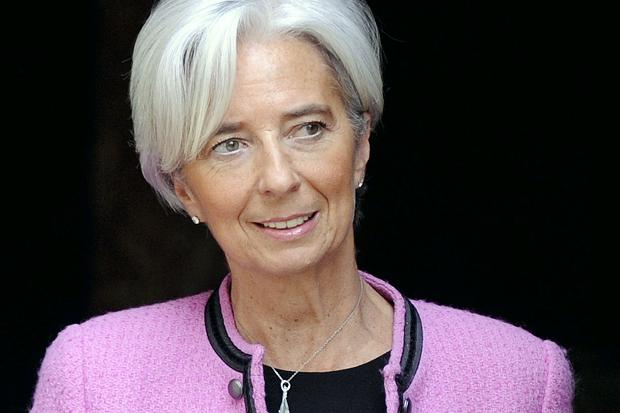 This is the lacerating verdict of the IMF’s top watchdog on the Fund’s tangled political role in the eurozone debt crisis, the most damaging episode in the history of the Bretton Woods institutions, reports The Telegraph.

It describes a “culture of complacency”, prone to “superficial and mechanistic” analysis,  and traces a shocking break-down in the governance of the IMF, leaving it unclear who is ultimately in charge of this extremely powerful organisation.

The report by the IMF’s Independent Evaluation Office (IEO) goes above the head of the managing director, Christine Lagarde. It answers solely to the board of executive directors, and those from Asia and Latin America are clearly incensed at the way EU insiders used the Fund to rescue their own rich currency union and banking system.

The three main bail-outs for Greece, Portugal, and Ireland were unprecedented in scale and character. The trio were each allowed to borrow over 2,000 percent of their allocated quota – more than three times the normal limit – and accounted for 80pc of all lending by the Fund between 2011 and 2014.

In an astonishing admission, the report said its own investigators were unable to obtain key records or penetrate the activities of secretive “ad-hoc task forces”. Mrs Lagarde herself is not accused of obstruction.

“Many documents were prepared outside the regular established channels; written documentation on some sensitive matters could not be located. The IEO in some instances has not been able to determine who made certain decisions or what information was available, nor has it been able to assess the relative roles of management and staff,” it said.

“The possibility of a balance of payments crisis in a monetary union was thought to be all but non-existent,” it said. As late as mid-2007, the IMF still thought that “in view of Greece’s EMU membership, the availability of external financing is not a concern”.

At root was a failure to grasp the elemental point that currency unions with no treasury or political union to back them up are inherently vulnerable to debt crises. States facing a shock no longer have sovereign tools to defend themselves. Devaluation risk is switched into bankruptcy risk.

“In a monetary union, the basics of debt dynamics change as countries forgo monetary policy and exchange rate adjustment tools,” said the report. This would be amplified by a “vicious feedback between banks and sovereigns”, each taking the other down. That the IMF failed to anticipate any of this was a serious scientific and professional failure.

In Greece, the IMF violated its own cardinal rule by signing off on a bail-out in 2010 even though it could offer no assurance that the package would bring the country’s debts under control or clear the way for recovery, and many suspected from the start that it was doomed.

The organisation got around this by slipping through a radical change in IMF rescue policy, allowing an exemption (since abolished) if there was a risk of systemic contagion. “The board was not consulted or informed,” it said. The directors discovered the bombshell “tucked into the text” of the Greek package, but by then it was a fait accompli.

The IMF was in an invidious position when it was first drawn into the Greek crisis.  The Lehman crisis was still fresh. “There were concerns that such a credit event could spread to other members of the euro area, and more widely to a fragile global economy,” said the report.

The eurozone had no firewall against contagion, and its banks were tottering. The European Central Bank had not yet stepped up to the plate as lender of last resort. It was deemed too dangerous to push for a debt restructuring in Greece.

While the Fund’s actions were understandable in the white heat of the crisis, the harsh truth is that the bail-out sacrificed Greece in a “holding action” to save the euro and north European banks. Greece endured the traditional IMF shock of austerity, without the offsetting IMF cure of debt relief and devaluation to restore viability.

A sub-report on the Greek saga said the country was forced to go through a staggering squeeze, equal to 11pc of GDP over the first three years. This set off a self-feeding downward spiral. The worse it became, the more Greece was forced cut  – what ex-finance minister Yanis Varoufakis called “fiscal water-boarding”.

“The automatic stabilizers were not allowed to operate, thus aggravating the pro-cyclicality of the fiscal policy, which exacerbated the contraction,” said the report.

The attempt to force through an “internal devaluation” of 20pc to 30pc by means of deflationary wage cuts was self-defeating since it necessarily shrank the economic base and sent the debt trajectory spiralling upwards. “A fundamental problem was the inconsistency between attempting to regain price competitiveness and simultaneously trying to reduce the debt to nominal GDP ratio,” it said.

The IMF thought the fiscal multiplier was 0.5 when it may in reality have been five times as high, given the fragility of the Greek system. The result is that nominal GDP ended 25pc lower than the IMF’s projections, and unemployment soared to 25pc instead of 15pc as expected. “The magnitude of Greece’s growth forecast errors looks extraordinary,” it said.

The strategy relied on forlorn hopes that the “confidence fairy” would lift Greece out of this policy-induced nose-dive. “Highly optimistic” plans to raise $50bn from privatisation sales came to little. Some assets did not even have clear legal ownership. The chronic “lack of realism” lasted until late 2011. By then the damage was done.

The injustice is that the cost of the bail-outs was switched to ordinary Greek citizens  – the least able to support the burden  – and it was never acknowledged that the true motive of EU-IMF Troika policy was to protect monetary union. Indeed, the Greeks were repeatedly blamed for failures that stemmed from the policy itself. This unfairness – the root of so much bitterness in Greece – is finally recognised in the report.

“If preventing international contagion was an essential concern, the cost of its prevention should at have been borne – at least in part – by the international community as the prime beneficiary,” it said.