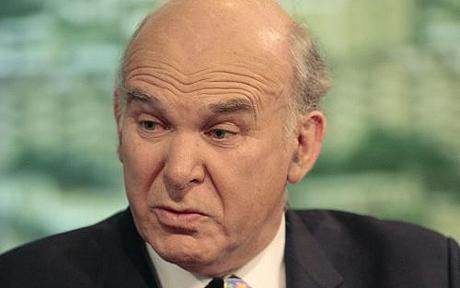 Despite some encouraging signs, the UK economy remains in trouble, reports The Telegraph.

Growth remains weak and confidence fragile. Lending to small and medium businesses – the motor for job creation – has collapsed. A series of Government initiatives has so far failed to get the banks to start lending again. The result is that thousands of well-run and profitable businesses are struggling to get the money they need to invest, grow and hire more staff.

Even when loan applications are approved by banks, businesses complain about long delays and the high interest rates they are charged. Given the rock-bottom rates at which the banks can borrow themselves, this only adds to their anger. With British businesses so important to growth, this is deeply damaging to hopes for economic recovery.

It is why I am delighted to be taking part in the Daily Telegraph round-table discussion today to discuss with bankers, politicians and other experts about how we can get business credit flowing again. I believe Funding Circle and the peer-to-peer lending industry as a whole has an increasingly important role in this challenge.

So, importantly, does the Government. Last month Vince Cable, the Business Secretary, announced he was investing £20 million of taxpayer’s money in small businesses through Funding Circle. The move underlined the determination of ministers to kick-start business lending and recognition that this won’t be achieved by simply repairing the old system.

It was also a huge vote of confidence in peer-to-peer business lending and a sign of our growth and impact over the last 12 months. The banks’ failure to meet the needs of businesses has created the conditions for a whole host of new entrants to come into the market.

These new types of businesses are leveraging the disruptive power of the internet to deliver solutions that are better, faster and more efficient than traditional operators.

Funding Circle is one of these entrants. We match people who want to lend money with successful firms which want to borrow. All the businesses we back are British.

From the moment we launched two years ago, it was clear that there was a need and appetite for what we offered. Within our first 10 weeks, we had arranged over £1 million of loans for established, growing businesses.

By enabling people across the country to lend as little as £20 to individual businesses and enjoy a typical 6 per cent return, we’ve opened the door to a new army of potential investors. We have now helped more than 1,400 different businesses with loans totalling over £70 million. New borrowing is running at £7 million a month, a figure growing all the time.

It’s not just the government which is channelling investment to small businesses through us. Local councils, too, are seeing Funding Circle as a way of lending to their local businesses, demonstrating that peer-to-peer lending is becoming a mainstream way to invest.

Nor is Funding Circle alone in moving into the gap left by the established banks. There are a wide range of new entrants coming into the market. They include Credit Asset Management, Zopa and Boost & Co who are also being used to channel money from the Government to small businesses.

This does not mean, of course, that the new challengers can immediately replace the banks as the prime source of business loans. These will, in the short and medium term, continue to come overwhelmingly from these traditional financial institutions. But while we may still only represent a tiny part of the market, we are growing strongly.

As the Bank of England’s Director of Stability Andy Haldane has pointed out, it was not that long ago when Google, too, was small. He said last month that the internet had already transformed many other business sectors and predicted it would have the same impact on small business high street banking. Skype, Amazon and a host of new travel and music businesses have already altered the landscape completely in their industries, providing increased competition, better service and lower costs for consumers.

The Government’s decision to use new entrants to release the brake on small business lending will help a similar revolution in the financial sector gather speed. So, too, is the recent decision to regulate our industry – a step we have been urging. Sensible regulation which improves safeguards for investors without stifling innovation will give the sector added credibility. Both these important moves will help increase banking competition and, importantly, increase the flow of lending to British business.

So what else could be considered which might accelerate these welcome changes? One reform is to make tax-free the interest investors receive on their loans to small businesses.

This could perhaps be achieved by finding a way of bringing such loans within the overall tax-free wrappers of ISAs. It would not prove too expensive but would make investing in small firms even more attractive.

But even without new moves, I see no reason why, over time, peer-to-peer lending should not provide 10 per cent of the small business loans market, in the same way that bond markets equate for a large proportion of big business finance.

The last twelve months has seen peer-to-peer lending come of age. What was at the beginning of 2012 still a fledgling industry is now providing a real alternative for small businesses looking for investment and investors wanting a better return on their money.

Thanks, in part, to the Government’s vote of confidence in our industry, I believe 2013 will be the year that peer-to-peer lending will become mainstream.