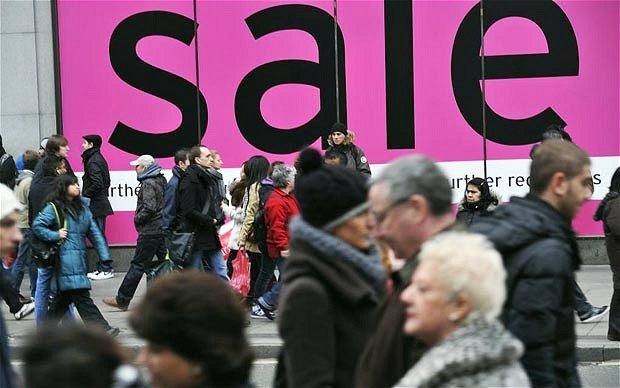 The figures, based on actual weekly sales numbers from 70 retailers with 10,000 shops, is the strongest indication so far of an improvement in high street and business, although some retailers remain cautious about heralding the pick-up as a sign of a full-blown return to consumer confidence, reports The Telegraph.

The retailers covered by the survey are in the “mid-tier” of high street chains, with an annual turnover between £50m and £500m. They include fashion chain Oasis, clothing retailer White Stuff, the White Company, Cath Kidston and Thorntons, the chocolate maker.

Business adviser BDO, which compiles the figures for its monthly sales tracker, said the figures stood in contrast to the heavily depressed retail performance a year ago. They said the pick-up owed much to the positive way retailers were responding to how disappointing weather affected the start to the new year.

Don Williams, BDO’s head of retail and wholesale business, said: “Retailers have given people a reason to spend by extending the January sales, and shoppers have responded extremely positively. The high street tends to dread February, but these results will be a fillip for retailers.”