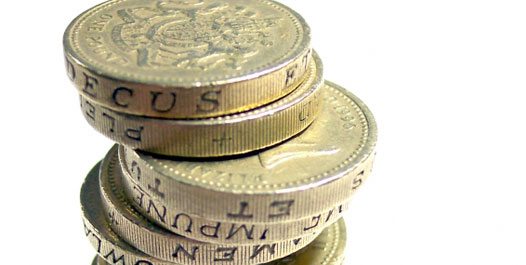 What happens if Funding for Lending, the Treasury and Bank of England initiative to boost the volume and cut the cost of bank loans, actually works asks the Telegraph? What if, unlike Project Merlin and “credit easing” before it, this scheme – which effectively subsidises interest rates for banks and borrowers – proves that lenders have been overplaying the “there’s no demand” line for far too long and viable companies get the capital they say they’ve been starved of for the past four years, and at a reasonable price?

In the short term, good news for consumers, companies and the economy, presumably, but a pointed risk to a tiny but intriguing bunch of innovative finance companies that spotted the potential to capitalise on the fall-out of the financial crisis by using the internet – so called “peer-to-peer” lenders that directly link savers to individual borrowers or small businesses hungry for capital.

Funding Circle, the leading example of a peer-to-peer lender to businesses, has helped small firms to borrow £40m since it was set up in 2010, and won plenty of friendly column inches in the process. To put that in context, the outstanding stock of bank lending to smaller businesses stood at £107.7bn at the end of last year, while Aldermore, a start-up bank of similar age, has lent more than £850m to small companies – almost three times as much as all loans made by the entire peer-to-peer industry.

Still, for a market that these businesses created from scratch – and one that remains unregulated – their progress has been impressive. They’re also smartly capitalising on the latest spate of banking crises. A recent Funding Circle ad campaign (“Rigged rates? IT glitches? Bonus-chasing? No thanks, banks”) drew disgruntled bank savers and borrowers in, with the company claiming a 90pc increase in new investors registering on its site.

Eventually, though, the mileage these markets have taken from banker bashing will run out and a hard road will lie ahead.

The returns savers get on these platforms can be eye catchingly high, but a point rarely made is that the debt for companies is not cheap, even if it can work out more cost effective than a bank loan once fees are factored in. (They also promise to be quick about making a decision, which is a key reason they prove popular with small companies who are used to being left hanging for months by their banks.)

As a report by the Centre for the Study of Financial Innovation (CSFI) has it, these markets will need to “establish their products as alternative asset classes that offer benefits across the cycle, rather than simply at a time when conventional bank credit is scarce and interest rates low”.

The Centre’s Andrew Hilton says of Funding for Lending: “It would be a real tragedy if this burgeoning sector were to be snuffed out … because of heavily subsidised competition from old-line banks that (by and large) don’t want the business anyway”.

Arguably a more pressing threat is what happens after the “almost inevitable regulatory backlash when the first funding scandal breaks” on one of the markets and Granny loses her savings.

Sensibly, a group of the best platforms, including Funding Circle and consumer-to-consumer markets Zopa – the world’s first market of this type – and Ratesetter have a set of standards for self-regulation. They’re also actively lobbying the Financial Services Authority to fully regulate their market.

With the FSA up to its neck in new banking scandals and managing the move towards a new regulator, the Financial Conduct Authority, to take on some of its functions, policing this market is unlikely to be a priority.

Anyone hoping for more sources of finance for small companies will be wishing the founders of these platforms luck in overcoming their inevitable growing pains.