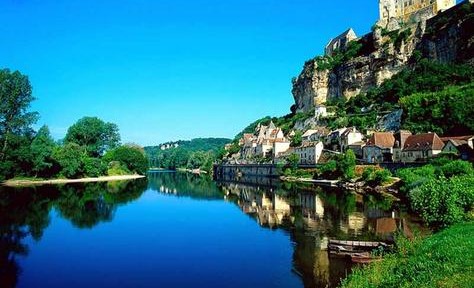 Approximately 200,000 Britons own second homes in areas such as the Dordogne and other parts of France, particularly those serviced by budget airlines, reports The Telegraph.

Now, however, holiday home owners find themselves in the sights of President François Hollande as he seeks to tax the better-off to reduce France’s large budget deficit.

A Treasury source said on Wednesday night: “We will need to study the details. But we will of course challenge any proposal which breaches European single market laws and anti-discrimination rules.”

It is understood that President Sarkozy proposed a similar tax increase last year which was also challenged by the British Government.

The rise in tax on rental income will be retrospective, from Jan 1 this year. The increase in capital gains tax applies from the end of this month, meaning property owners will have little time to escape the increased tax by selling their homes.

David Cameron infuriated the French last month by promising Britain would “roll out the red carpet” to wealthy French citizens and companies who wanted to emigrate and pay their taxes in Britain.

The tax rises are part of a wider package of increases that are intended to raise €7.2 billion (£5.8 billion) to meet a budget deficit target of 4.5 per cent after the government of Nicolas Sarkozy left the French exchequer with an expenditure black hole.

“If the law is introduced, the effective rate of French capital gains tax will almost double for EU residents on their French property capital gains,” said Graeme Perry, a partner at Sykes Anderson, which advises British citizens on French residences. He said the move ran the risk of further damaging the property market in France, “particularly at the higher end”.

The French finance ministry said the new rule would affect about 60,000 rental properties in France whose owners made an average profit of £12,000.