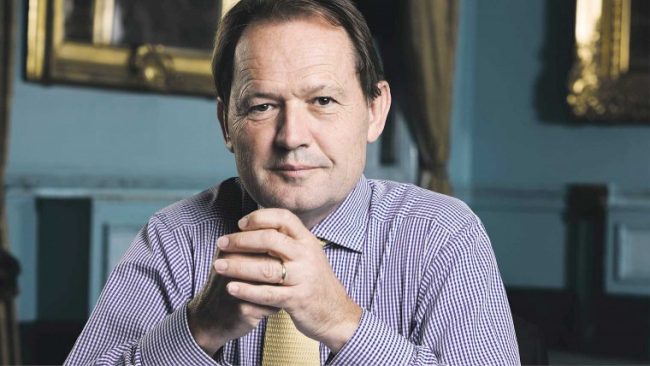 The boss of the Institute of Directors will on Monday warn top bosses that the vote for Brexit and the election of Donald Trump will result in greater scrutiny of boardroom behaviour and executive pay, reports the Guardian.

Simon Walker will tell an audience in London it would be foolish for senior executives to attempt to defend high pay and that, unless they can show they are listening to public concern, the government will do it for them by clamping down on excess.

“Unless boards show that they are listening, and responding, to the mood of the times, the government’s trigger finger will just get itchier and itchier,” he will say.

“At this point the need for change is a pragmatic, even more than a moral one. I am not talking about hand-wringing or words of contrition, I am talking about corporate awareness actually tempering remuneration decisions.”

The speech to the High Pay Centre – in which he will highlight the rise of “superstar CEOs” – comes as Theresa May’s government prepares to publish a green paper on corporate governance, which was one of her key speeches in her successful campaign to become Conservative leader in the wake of the Brexit vote.

Last week, the Institute for Fiscal Studies (IFS) thinktank issued a warning that workers in Britain face the longest squeeze on their earnings for 70 years. The IFS calculated that by 2021, real wages in the UK – pay adjusted for inflation – will still not have recovered to their 2008 level, before the global financial crisis hit.

Walker is expected to say: “After Brexit and Trump, business should expect a new level of scrutiny and questioning of their role in society. It would be foolish now for companies to close ranks and defend the high pay status quo.

“How they react on that issue may prove to be the litmus test for the relationship between business and government over the next few, rather bumpy, years.

As he prepares to leave the IoD at the end of this year, Walker will set out two issues that, in his view, need to be addressed – “the steady ratchet” of pay and superstar CEOs.

“The growth of the superstar CEO has been fuelled by the desire of boards to believe that their problems can be solved by a rare and magical leader. Paying top dollar becomes proof you have the very best,” he will say.

He is expected to point to the £14m pay deal for Bob Dudley, chief executive at BP, which was voted down at this year’s annual shareholder meeting in April.

He will describe Sir Martin Sorrell – chief executive of WPP – as “the ultimate superstar CEO”. Sorrell received more than £70m in shares and cash for 2015.

“I wonder at this point what function the money really plays: I think it is largely a signifier that he is the best in the business,” Walker will say.

He is also likely to warn about the impact of regulation on the sector: “Publication of directors’ pay was originally introduced to shame companies into moderation, but it has had the opposite effect.

“Firms have been drawn into competition with each other, and at the top end, pay has become a status symbol.”

Amid calls to publish the pay ratio – the gap between the chief executive’s pay and the average of the workforce – Walker will say: “Publishing pay ratios has been heralded as a transformative step, but we have seen the counterintuitive effect of publishing overall pay, and I’m not convinced that the data tells you all that much – is Goldman Sachs a more worthy company than Tesco because it has a lower ratio?”

The government’s green paper is expected to consult on pay ratios, the introduction of binding votes on pay and whether there should be advisory roles for employees on remuneration committees – which appears to be a step back from workers on boards.

A government source said: “The UK has led the world in corporate governance, but our strong reputation can only be maintained if government and business regularly reviews and upgrades our governance.”