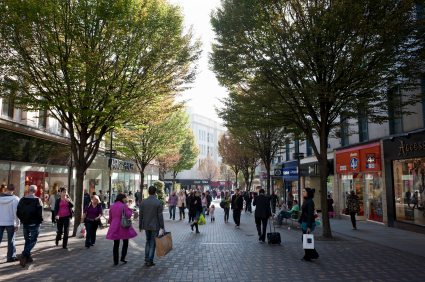 Retailers will have to weather a “tough trading environment” as householders’ hoarding of cash and debt repayment mean consumer spending will fail to return to pre-recession levels before at least 2015 reports The Telegraph.

The forecast from the Ernst & Young ITEM Club suggests the worst of the recession could be behind us but warns a recovery could be derailed by consumer habits and put under renewed pressure by rapidly increasing mortgage costs.

The economists expect Bank of England interest rates, the foundation for mortage costs, to climb to 4-5pc by 2015, leading to a quadrupling in the percentage of household disposable income going towards debt interest payments to 3.2 per cent.

Andrew Goodwin, senior economic advisor to the Ernst & Young ITEM Club said: “After the tightest squeeze on consumer incomes in a generation the worst is now behind us. [However] rather than splashing their cash, we’re expecting to see conscientious consumers keeping a relatively firm grip on their purse strings. Instead, they are likely to focus on trying to pay down debt.”

The club expects consumer spending to rise by 1.1pc this year, stabilising at an annual increase of 2.3 per cent between 2012 and 2020. However, the figure is some way short of the 3.8 per cent annual rise in the 10 years prior to the financial crisis.

Mr Goodwin said: “We still need to keep our fingers tightly crossed. The eurozone crisic continues to cast a long shadow and consumer confidence could easily take another hit.”