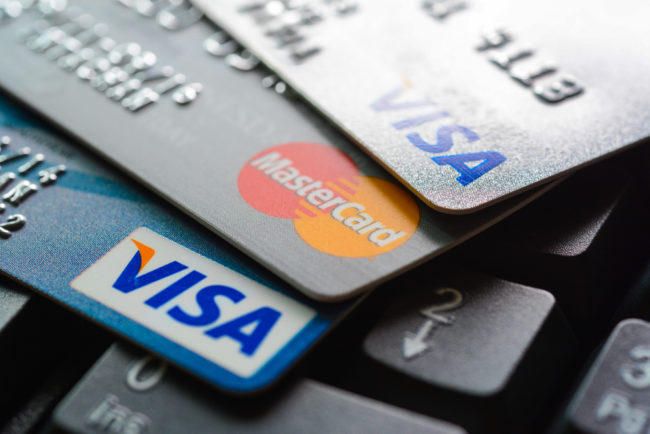 Nearly 300,000 debt judgments were filed against individuals in English and Welsh county courts in the first three months of 2017, the highest quarterly figure for more than 10 years, The Guardian reports.

Figures from the Registry Trust show a 35 per cent rise compared with the first quarter of last year in county court judgments (CCJs) against borrowers who found themselves unable to pay their debts.

The trust, which compiles the figures on behalf of the Department of Justice, said there were 298,901 debt judgments registered against consumers in England and Wales in the first three months of 2017, the highest figure for a single quarter in over a decade.

The figures highlight growing alarm over rapid increases in household spending over the last two years fuelled by extra borrowing.

Anti-poverty charities have warned that the growing number of people taken to court for failing to pay their debts could worsen this year as rising inflation and slowing wage growth eat into household finances.

Concerns that the purchase of cars with complicated loans, known as PCPs, has increased the debt levels of many low income families has triggered an investigation into potential mis-selling by the main consumer finance watchdog, the Financial Conduct Authority.

Last year banks had £19bn of impairments on credit cards, compared with £12bn on mortgage loans.

Joanna Elson, the chief executive of the Money Advice Trust – the charity that runs the National Debtline – said: “It is worrying that the number of CCJs issued has been increasing so dramatically.

“The sharp spike in the first quarter follows a general increase we’ve seen in recent years and is likely due to a number of factors including an overhang from the financial crash with debts coming to the end of the period in which creditors can take action, more people now struggling to balance household budgets, and a change in approach by some collection agencies.

“There’s a strong chance that this trend will continue as people feel rising inflation levels eating into their wages.”

The chief executive of Citizens Advice, Gillian Guy, said CCJs “can cause lasting damage to people’s credit rating” and it was crucial that creditors offer customers flexible ways to repay what they owe before taking court action.

“As borrowing on credit cards, personal loans, and car finance continues to rise, lenders must ensure that people can afford to pay back what they borrow. It’s good that the Bank of England and Financial Conduct Authority are looking into how robustly lenders are carrying out affordability checks,” she said.

Peter Tutton, the head of policy at debt charity StepChange, said he was concerned that banks were moving more quickly to prosecute people in financial difficulty. He asked whether the figures “represent an assessment by those collecting debts that more aggressive enforcement through the courts is an increasingly attractive option”.

“Getting a judgment can have serious knock-on effects, possibly making it more difficult for homeowners to re-mortgage, for renters to secure a tenancy, as well as adding costs and potentially significant levels of stress and anxiety for the borrower. Lenders must do more to support people in financial difficulty,” he said.

The trust chairman, Malcolm Hurlston, said the banks were selling portfolios of personal debts to third parties that were “more efficient at pursuing debts” and could therefore make a profit chasing smaller sums. He said banks were more likely to write off debts.

“People who don’t pay their debts are increasingly likely to be taken to courts. CCJs can seriously damage credit ratings and good lenders rightly avoid people who have shown they can’t manage debt,” Hurlston said.

However, he argued that it can be beneficial to indebted consumers to have their debts cancelled at an early stage.

“This may seem like bad news on the surface but judgments for smaller sums are protective for the people concerned,” he said, adding that it prevented them from taking on further debts that they cannot afford to repay.