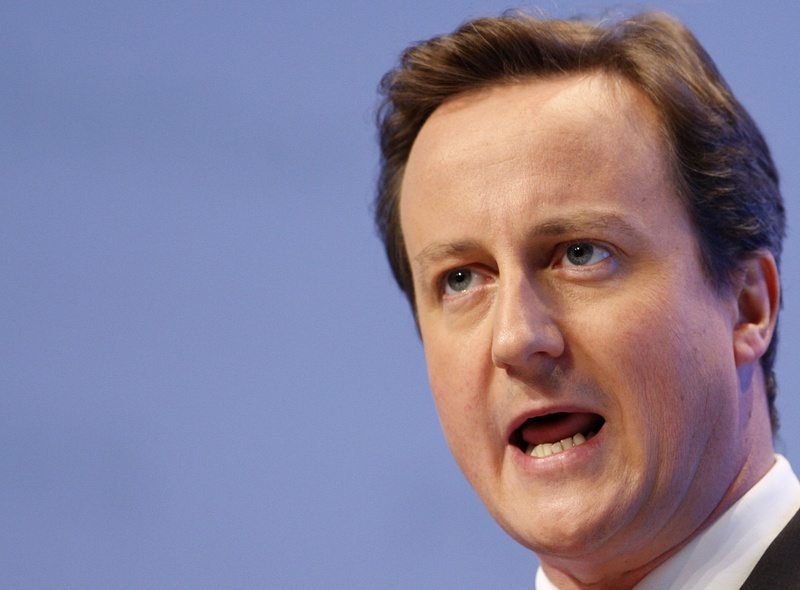 During Prime Minister’s Question Time, Mr Cameron triggered speculation that he was referring to today’s GDP figures when he told MPs there was “good news” to come on the economy, reports The Telegraph.

Experts have been predicting for days that the economy would be shown to have returned to growth when the Office for National Statistics releases its figures for the last quarter on Thursday.

The ONS furnished Downing Street with those statistics at 9.30am on Wednesday morning, and Mr Cameron is among a small group of senior politicians and officials who would have been entitled to view them.

No 10 refused to say whether or not the Prime Minister had taken up his option of seeing the figures in advance.

As the data is market-sensitive, those who have advance sight are under a strict obligation not to disclose their content.

A spokesman for the UK Statistics Authority said it had received several queries about the appropriateness of the Prime Minister’s words, adding: “We are going to look into it.”
Labour immediately seized on the remarks to accuse Mr Cameron of being “shambolic and wrong”.

And the Prime Minister was even accused of breaking the law by apparently jumping the gun over the growth figures.

During a heated row with Ed Miliband, the Labour leader as he denied that the Government had been through a bad week, with confusion over energy pricing and the sale of the West Coast Mainline, Mr Cameron insisted that there had been a series of positive economic developments in recent days, including falls in inflation and unemployment.

He went on: “The good news will keep coming.”

The Government’s failure to restore growth has been a long-running block on the capacity of Mr Cameron and his Chancellor, George Osborne, to claim that their economic “Plan A” is working.

Damian McBride, a senior adviser to Gordon Brown, tweeted: “Law is clear: ‘No indication of their content [may be] disclosed.’

“Just to be clear, the PM received tmrw’s [sic] GDP figs at 9.30am today. His ‘good news’ slip will cause a big row with the ONS, maybe more.”

A Labour source added: “It was not only shambolic but wrong of the PM to hint at growth figs before they are published. [It] shows how desperate he is.”

On the money markets, the sterling/dollar rate appeared to shoot up sharply at around the time that Mr Cameron made his “good news” remark.

Number 10 denied that the Prime Minister had been referring to the GDP figures, saying he was merely suggesting that Britain was “on the right track.”

His official spokesman said: “He was basically saying we are on the right track, the Government has the right policies and the economy is healing and rebalancing.”

A Treasury source added: “That [the GDP figures] certainly wasn’t what he was referring to.”

Any suggestion that Mr Cameron broke the strict embargo on the ONS statistics would be highly embarrassing for the Government, and could damage already-strained relations with the City.

In 2006, after Tony Blair appeared to prematurely announce some employment figures, Mr Osborne, the then-shadow chancellor, told him: “Important economic data should not be blurted out.”

Jonathan Portes, a former economic adviser at No 10, said: “Does this matter? Politically, not so much; the figures will be out tomorrow and they will be whatever they are. We plebs can wait.