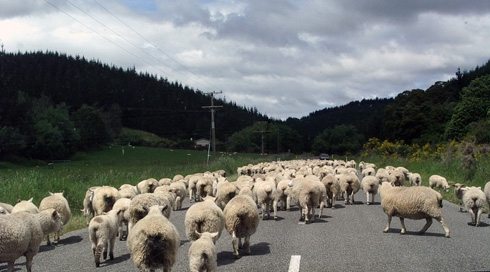 To be successful in business takes some understanding of this psychology. The famous investor Warren Buffet is known for sticking to his guns, whatever the current opinion. The result has been the finest investment record in the world, making him among the very richest people in business.
But when is holding firm to an opinion simply an example of stubbornness? This is hard to tell. After all, if it was easy to know what’s really right, the consensus would never be wrong.
I’ve been in the ecommerce field for 15 years and the pace of change has been truly amazing. During this time I’ve made various calls. Some of them have been spot on, like the decision to start an ecommerce company in the first place, and to proceed with our stock exchange float in 2000. Some have been wrong, like taking on too many new initiatives at once a few years ago and consequently losing focus.
Does ignoring the crowd pay? It depends on whether they are correct. It’s a mistake to assume that they are always wrong, but equally it’s a fallacy to presume they always get it right. I personally try to maintain a healthy skepticism with a willingness to quickly admit that I’m wrong.
My approach goes as follows. Once something has been identified as a big trend, often by bloggers, social network chatter or conventional press, I make sure that I take a look and try to make a judgment. This is based on both on my own analysis of what it means for customers, and on any hard evidence available, particularly of customer adoption.
Today I meet many skeptics about the impact of Facebook, alongside with those that say it will change everything. I can say with absolute certainty that the skeptic’s belief that Facebook will quickly fade away is wrong – the statistics contradict that view, as do my observations of family and friends. However, I maintain an open mind on the impact that Facebook will have on ecommerce buying habits. I can see that if people spend much of their online time in Facebook then they are likely to start their ecommerce searches from there. At the moment the evidence for that happening is limited, so let’s wait and see.
In business, we need to be prepared to take our own contrary view. With an open eye to the actual evidence and a complete willingness to admit to being wrong, we can improve your chances of good business calls immeasurably. That in turn significantly improves our chances of success. It’s got to be worth the effort.