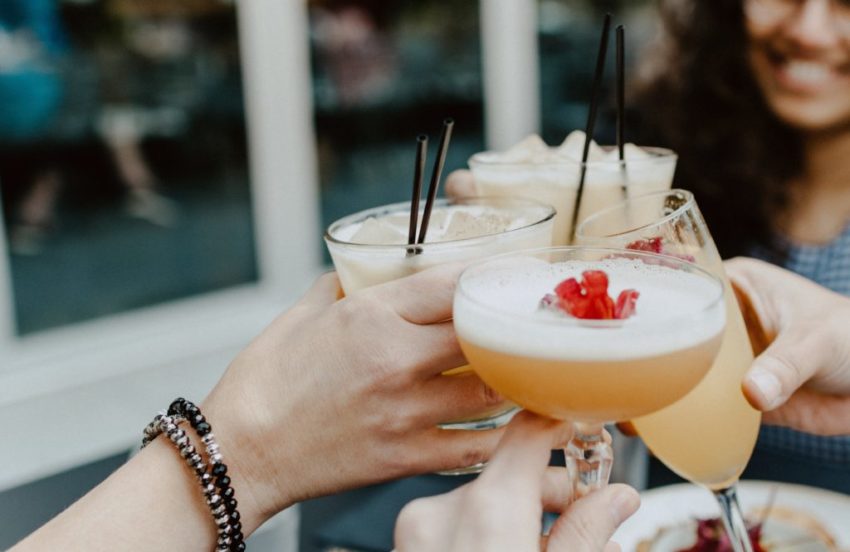 UK Workers may soon be ready to call for ‘last orders’ on boozy workplaces,  as a national trend for moderation and teetotalism has many looking for alcohol-free alternatives.

Figures released today as part of a new report into workplace drinking has found that over half of UK workers want employers to shake up the traditional the work social.

Today’s report underscores an ongoing shift in national attitudes towards alcohol with two-thirds of UK workers believing it’s now more socially acceptable to ‘drink more mindfully’ at work events. Three-quarters agree that their employers shouldn’t assume that all employees prefer to bond with colleagues over an alcoholic beverage.

Just under half of UK workers suggest there should be fewer professional events and incentives centred around alcohol, and two-fifths going so far as to consider rejecting a job offer from an employer with a boozy reputation, with some even comparing it to playing online slots like Kronos at TheCasinoDB.

Chiefly motivated by a desire for healthier lifestyles, the opportunity to save money, and better mental health. The UK’s new wave of sober curious employees are leading a wider nationwide trend pushing booze-free alternatives to the traditional after work drinks.

In fact, two-thirds of people want health and wellbeing incentives to be promoted by employers instead.

Just under a quarter say that they do still feel the pressure to take a tipple when attending work events, mostly to try and fit in, the days having to down your drink in order to go up the career ladder are seemingly over.

The majority  of non-drinkers have told Totaljobs, who commissioned the research, they don’t believe they have missed out on any professional opportunities by avoiding alcohol during work events, despite 4 in 10 having been questioned by colleagues as to why they aren’t joining in.

There is one thing non-drinkers are missing out on and that’s the cost. The average UK worker spends over £500 a year on work-related alcohol (and that’s after the freebies). Potentially, UK workers are spending up to £25,009 on work drinks alone over the course of their career.

The increase in workplace sobriety has, for many been a recent decision. Just under half of those putting down pints say they’ve only planned to begin lowering their alcohol intake in the last twelve months.

With a surge of interest in public health campaigns such as ‘Dry January’ and ‘Go Sober for October’ coupled with the ever-increasing rise in the price of alcohol, sober curiosity is only set to become more and more popular.

This new wave of mindful drinking isn’t simply another well-intentioned fad, two-thirds (66%) of UK workers say they have succeeded in cutting down on their alcohol intake over the past two years.

The Drinkaware Monitor Report in 2018 found that 12% of UK adults don’t drink, with 53% saying they used to drink alcohol but have given up, while 43% have never drunk alcohol. This means that over 6.2 million people in the UK won’t be having an alcoholic drink if they visit a bar with work.

The increased visibility of sober workplaces is an opportunity for both employers and employees to open the conversation about the current expectations around drinking cultures at work and challenge some of those existing habits which may be excluding a number employees from taking a wider and more enjoyable role in their company culture.

Alexandra Sydney, Group Marketing Director at Totaljobs said, ‘‘The latest research from Totaljobs shows that the wants and needs of British workers are changing. Employers should be mindful of this, as employee engagement strategies from days-gone-by, may now unintentionally be alienating some of their workforce.

“Instead, what we see is a desire for a fresh look at the range of perks and activities employers have on offer, with employees looking for options that will help complement their changing lifestyles. So, while many workers will still want to socialise over a drink, and non-drinkers may join them in doing so, this should not be treated as a catch-all solution to ensuring a positive company culture.

“By developing a company culture where no employee feels they’re excluded from social events, employers can create an open and positive work culture that can help to retain talent and improve employee wellbeing at the same time.’’

Don Shenker, Director of the Alcohol Health Network said, “Employers cannot fail to have noticed the rising number of non-drinkers or the shift towards alcohol-free choices in the marketplace. Where senior managers can make a difference, is in providing a wide variety of alcohol-free options and alternatives during corporate events and clear alcohol education and awareness, so that those who do drink are more aware of recommended healthy limits. This creates a healthier environment, where non-drinkers feel equally valued and welcome, and all staff benefit from a safer workplace.”

Laura Willoughby MBE, Co-founder of Club Soda and author of ‘How to be a Mindful Drinker’ said, “At Club Soda we have found that by providing employees with the option to offer a real variety of choice at work events – from full strength wines and beers to lower ABV products and alcohol-free drinks businesses can enable people to make the right decisions for them. Perhaps, most importantly, employers are to able create an inclusive and welcoming environment where nobody has to feel embarrassed about saying no.’’

On average, Totaljobs’ survey has revealed that those drink at work or with colleagues do so twice a month. On average approximately 3 drinks are consumed each time, with an average spend of £6.60 per drink. This being the case, the average UK worker who drinks likely spends £506.88 per year on work related drinking

Photo by Kelly Sikkema on Unsplash