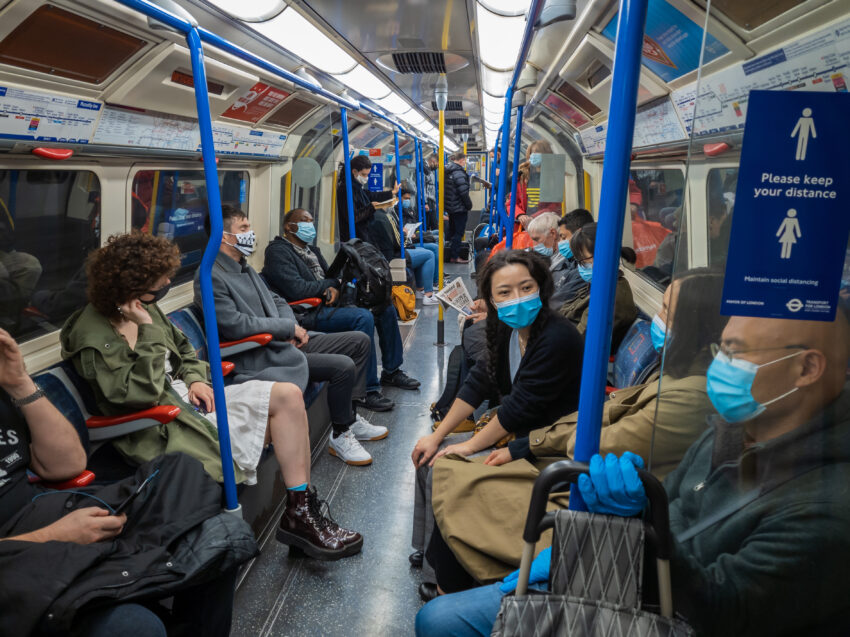 Rail fares will rise across England and Wales by an average of 3.8% today, the same day that a city-wide tube strike begins in London.

The fare rise, set by last July’s RPI inflation figure, will pile hundreds of pounds to some passengers’ annual travel costs, adding to the wider cost of living crisis.

Campaigners said the increase would harm efforts to attract people back to public transport and to reinvigorate city centre economies after the pandemic.

Fares will rise by an average 4.8% in London – 1% above RPI – as a condition of the emergency funding settlements agreed between central government and Transport for London.

Passengers will struggle to travel in the capital over the next three or four days, with two 24-hour strikes on the London underground to be held on Tuesday and Thursday over fears for jobs, pensions and working conditions. TfL has told commuters to expect severe disruption across all services, with most tube trains stopped entirely on both strike days and the effects of the walkout likely to be felt on the Wednesday and Friday mornings. Other trains are likely to be busier and buses slowed by ensuing congestion on the roads.

TfL advised Londoners who rely on tube connections to work from home if possible, or for essential travel to consider walking, cycling or using rental e-scooters, and to allow extra time for their journeys.

Last-minute talks on Monday were held between TfL and the RMT union but sources said there was little expectation of a breakthrough after negotiations at Acas stalled last week.

Fare rises coming into effect on Tuesday will add between 10p and 30p to most single fares on buses and tubes, and raise price caps on travel in the capital.

A slightly lower 3.8% average rise on train fares will be introduced across railways in England and Wales, matching the increase in Scotland in late January.

Campaigners have criticised the move as counterproductive. Bruce Williamson of the campaign group Railfuture said the government was “stoking the fire of the cost of living crisis” and said that it was time to stop linking rail fares to the RPI inflation index.

“Inflation this year is likely to hit 8%, so unless the government changes the formula, the average rail traveller will be bankrupted next year,” he said.

The Campaign for Better Transport calculated that the average full-time worker commuting from Brighton into London would have to work for seven weeks just to pay for their annual rail season ticket. It will now cost almost £200 more, at £5,302; a Liverpool to Manchester season ticket will rise by £105 to 2,865.

The campaign’s chief executive, Paul Tuohy, said: “This fare rise couldn’t come at a worst time and will simply add to the cost-of-living crisis. We need to get people back into workplaces, eating in town centre cafes and shopping on their lunch breaks to help kickstart the economy.”

Manuel Cortes, the general secretary of the Transport Salaried Staffs’ Association, said: “Jacking up rail fares as we begin the journey out of a pandemic is a staggeringly stupid move by this Tory government. It’s almost as though ministers want to force people off our railways and into cars in an effort to speed up our climate crisis.”

The Rail Delivery Group, which represents the industry, said: “The government’s decision to hold fares down below current inflation is positive. It is important that fares are set at a level that will encourage more people to travel by train in the future, helping to support a clean and fair recovery from the pandemic.”

Commenting on the news Jamie Mackenzie, Director at Sodexo Engage, said: “With many UK companies operating a hybrid work model, a lot of employees are now making the journey into the office once or twice a week. However, amid the current cost of living crisis, commuters will now have increased train fares to contend with. Travelling to and from the office was already a large expense for a lot employees, especially for Londoners who on average spend 14% of their salary on their commute, but this 3.8% rise is only going to make things worse.

“There are options available to employers looking to support their commuting staff during this financially challenging period. One example is including a rail card in their benefits package, or helping employees manage the cost of a season ticket through salary sacrifice. Alternatively, employers could be more flexible with working hours, perhaps letting employees start later to avoid travelling during peak hours.”