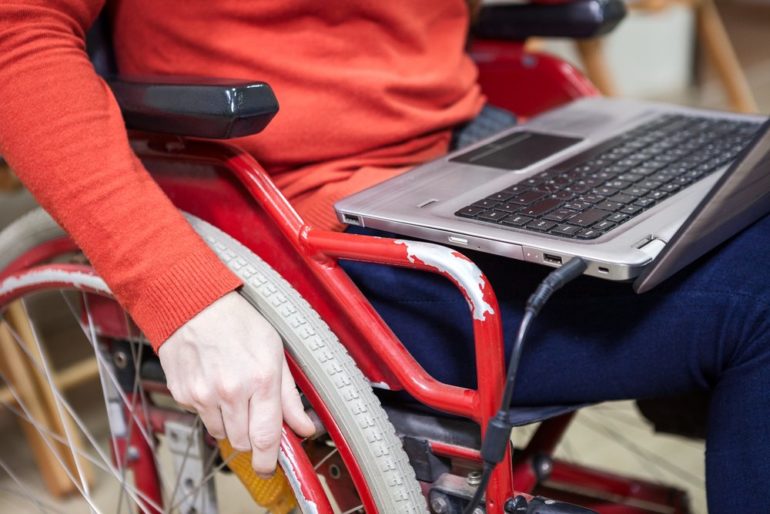 Up to three quarters of disabled people find that their condition has an impact when job-hunting, according to new research.

Over half of respondents said that they first faced barriers as early as the application stage and a similar number reported hurdles at multiple stages of the recruitment process.

This represents a notable improvement since a survey in 2015, when 85 per cent of jobseekers said that their disability had a negative impact when looking for work. In 2017 14 per cent of those surveyed said their disability did not affect their job hunt at all – in 2015 this figure stood at just 3 per cent.

Irrespective of disability, over half of respondents said the application stage was challenging. This represents little change since 2015, when over half found the first hurdle problematic.

A candidate with a hearing impairment specified telephone interviews as being a particular challenge:  “I just can’t do them. Recruiters constantly wanting to talk to me on the phone is annoying.”

While a respondent with a visual impairment noted: “Being unable to drive meant that I didn’t even get an interview in a number of cases.”

However, the research also threw up a number of examples of best practice, with those surveyed recounting positive recruitment experiences including: being offered a choice of contact method, extra time for assessments, fixed deadlines to plan applications, online interviews rather than face-to-face and an allocated parking space.

Commenting on the survey results, Kate Headley, Director of Consulting at diversity consultancy The Clear Company and spokesperson for RIDI said: “While it’s unacceptable that so many disabled jobseekers continue to find the recruitment processes challenging, these results confirm that we’re certainly moving in the right direction. Over the past two years I have witnessed a groundswell of awareness and understanding around disability in the workplace. This is in no small part thanks to the work that RIDI and our partners are doing in this area – but we still have further to go.

“The organisations we work with are no longer asking ‘why?’ they should become more inclusive, but ‘how?’. Employers are increasingly realising that unless their processes are inclusive, the best person for the job may never even apply for the role – let alone make it to interview. Businesses which are already celebrating success in this area will be sharing their insight at the upcoming RIDI conference, where the rest of the survey’s findings will be revealed.”

Morgan Lobb, CEO of Vercida.com, which distributed the survey on behalf of RIDI, commented: “The findings of this survey are reflective of what our candidates have long been telling us – that there are a myriad of obstacles throughout the recruitment process that they must navigate in order to secure a role. However it’s encouraging to see that we are making progress. Vercida showcases employers who are committed to creating a fairer society at work and places wellbeing as a priority. The employers that we work with understand that small changes in the way they communicate with disabled candidates can make a big difference to accessibility”.