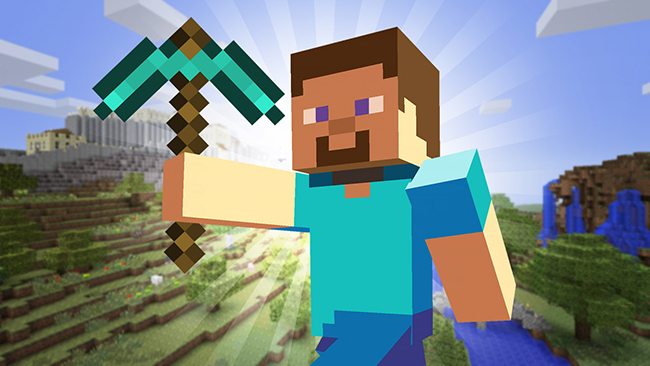 For a short time, millions of gamers felt as though the sky were falling.

Minecraft – the immensely popular open-world, blocky, DIY, whatever-you-want-to-call-it game – was apparently set to shut down its servers and cease all support at the end of 2020.

The source, as ridiculous at it seems, was a prank news website called Channel45news.com that allows literally anyone to upload a news story and share it online.

Of course, as many of us can’t tell the difference between real and fake news anymore, it’s no surprise that a rumour like Minecraft shutting down could spread like wildfire in a matter of minutes. The one-paragraph prank article suggested that despite the huge popularity and success of the game, Minecraft would nevertheless shut down its servers for no apparent reason on 21 December 2020. The fact that the article contains no official sources and is bizarrely written to begin with should have sent alarm bells ringing, but word still got out and boy, did the online world freak out, with thousands of worried fans commenting on forums and social media asking if the news was real.

Microsoft (which owns Mojang and bought Minecraft for $2.5 billion in 2014) actually had to tweet a response to this fake news: “Hey folks, I can confirm that Minecraft servers are NOT shutting down in 2020. It’s just a stupid hoax. Feel free to pass this along.” It seems unnecessary to have to respond to every rumour out there, but the article stirred up so much drama that even the owners of the game felt like they needed to chime in. There was no official word from the original creator, Markus Persson, who has been finding out that being rich from the Microsoft purchase hasn’t worked out quite like he’d expected.

Even if Microsoft did have plans to shut down its servers for Minecraft, the game would still have been available to be played offline and enjoyed on privately owned servers. Thankfully for fans, the company is perfectly happy to allow gamers to begin setting up Minecraft with a dedicated server and to adapt and change the game as they see fit. Other gamers can then join these servers and play Minecraft in a completely new way. 18-year-old Minecraft player, Jamie Freeburn, started out making new Minecraft worlds and selling them online, before Microsoft actually hired him to make exclusive content for Minecraft Marketplace.

Plus, we’re all forgetting the biggest reason why Minecraft wouldn’t spontaneously shut down in 2020: the 112 million players each month. When competing against the likes of League of Legends, Call of Duty, and Fortnite, this figure isn’t to be taken lightly. “What we find is that it’s a game that players keep coming back to,” said Helen Chiang, Minecraft studio head, to Business Insider in an interview. “It may not always be the one that’s in the forefront, because there are a lot of great games that continue to come out, but it’s one that they love to return to.”

Microsoft is hoping that the newly released app for Android and iOS, Minecraft Earth, can help expand the title even more. Pokémon Go showed that fun, augmented reality games can be a hit for smartphone users, but Minecraft Earth is aiming to get gamers to be more creative and engaged with the way they play and share content on the app. Currently in beta stage in select countries, Minecraft Earth essentially allows players to build projects in the real world using AR, as well as to battle monsters and complete various team challenges to earn new resources and tools. Time will tell if Minecraft Earth can reach the lofty heights set by Pokémon Go. Some have said that the AR fad is over, now that the newest AR app, Harry Potter: Wizards Unite, has fallen completely flat with critics and fans and is unlikely to pick up steam in 2020. But for a game like Minecraft? The future looks bright.