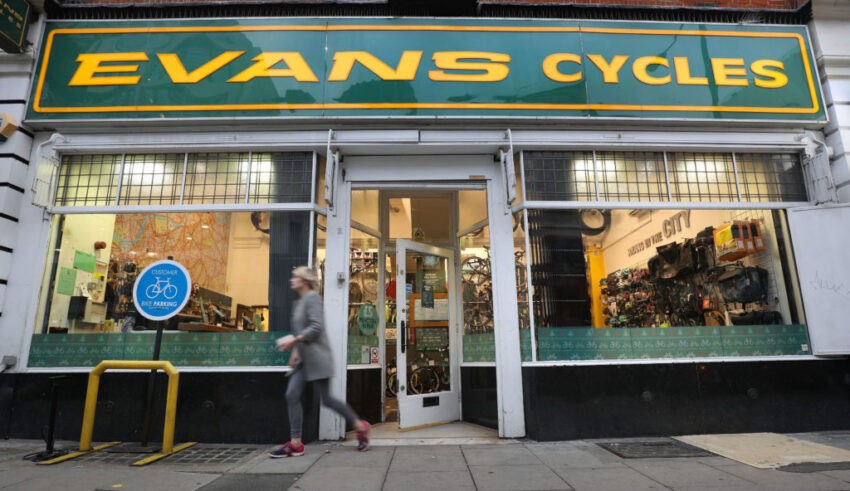 Stores in Braehead, Brentford, Durham, Fulham, Holborn and Kendal are likely to shut down.

Mike Ashley’s Sports Direct bought the retailer out of administration in late October, saying it expected to keep roughly half the stores open.

Steve Trowbridge, chief executive of Evans Cycles, said: “We hope landlords will be reasonable and support our turnaround plan, now that we have stability due to backing from Sports Direct. However, we must remain competitive, and sadly we are now in consultation with staff at these stores.”

Sports Direct said it was engaging in positive discussions with landlords in its bid to save at least 50% of the stores.

It comes in the same week Mr Ashley told MPs a new digital tax must be implemented to save the high street.

The tycoon said any retailer that makes more than 20% of its sales online should be subject to an additional tax.

“The internet is killing the high street,” he told a select committee.

It emerged that Evans had hit financial difficulties in September after it held talks with lenders to seek an urgent capital injection.

It was the culmination of a difficult year in which extended winter weather hurt trading and a lack of cashflow prevented investment.