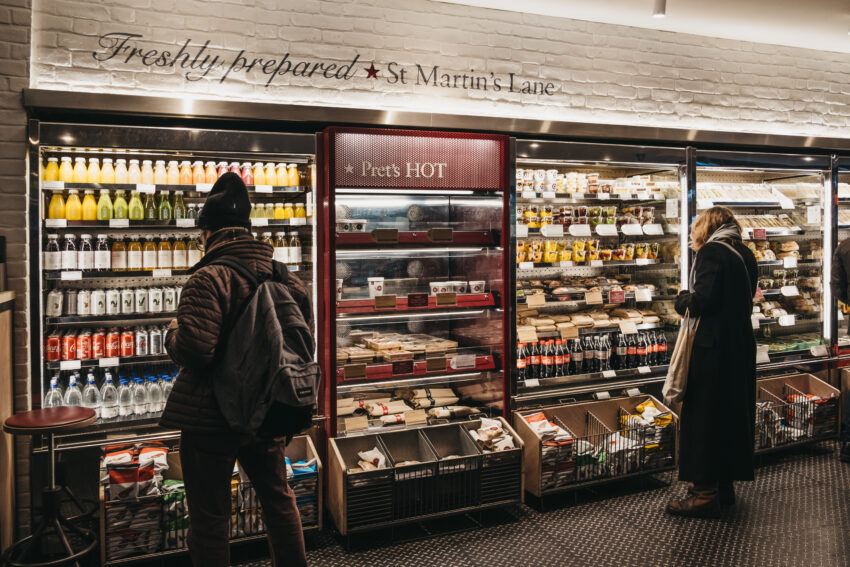 Sales at Pret A Manger rose above their pre-pandemic levels last week for the first time in a sign that the economy has bounced back from the Covid downturn.

The food chain’s transaction volumes in locations including London’s financial districts and regional towns, northern counties and Scotland were higher than they were in the final week of January 2020, according to the weekly Bloomberg Pret Index.

Bloomberg, the media company, uses the sandwich chain’s transaction volumes in clusters up and down the country to monitor the health of the economy.

The rebound in puts Britain well ahead of New York, Philadelphia and Washington, where Pret’s shops are trading far below normal levels. Pret has almost 600 stores in 11 countries.

The index suggests that not all shop clusters in Britain are recovering at the same pace. London’s suburbs, where home working is popular, recorded the strongest sales, while the City of London and Canary Wharf in the centre of the capital are slightly below 2019 levels as banks and other companies allow staff to work at least part of the week at home.

Pret was founded by Julian Metcalfe and Sinclair Beecham in London in 1986. In 2018, it was acquired by JAB Holding Company, the conglomerate behind Kenco coffee and Krispy Kreme doughnuts, for £1.5 billion.