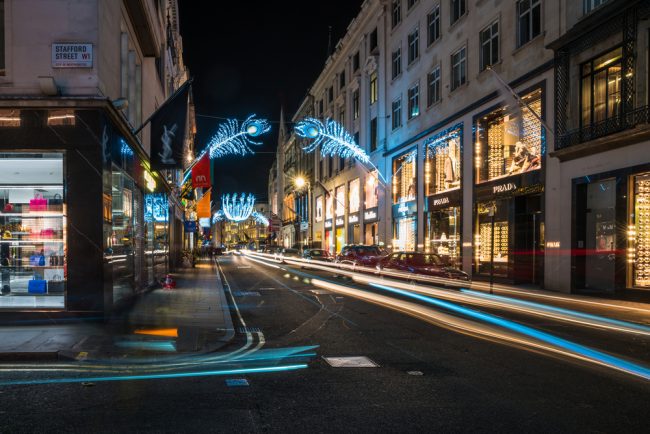 Two thirds of these new entrants were European, with 16 from the UK, 11 from France and nine from Italy. These included leading French designer Vanessa Seward, who chose 42 Ledbury Road in Notting Hill for her first UK store, and IKKS, one of France’s most well-known fashion retailers, opening its first UK standalone store at 10 South Molton Street.

Research assessed the number of new retailers, both domestic and international, entering the Central London market with their first Central London store during 2016. The trend supports the reputation of London’s retail property as a safe haven for investors and 2016 is set to be a record year for London retail, with investors expecting to acquire more than £2bn worth by the end of December.

From the US, sportswear brand New Balance opened its first UK flagship with a 12,570 sq. ft. store on Oxford Street, while the Dominique Ansel Bakery (famed for creating the revolutionary ‘cronut’) opened its premier European store on Elizabeth Street in Belgravia. The bakery chain was one of six US brands making up the 13 new entrants from the coffee and restaurant sector. One of these was coffee brand Nespresso – headquartered in Switzerland – with its first London ‘Café Nespresso’ unit offering both non-alcoholic coffee ‘mocktails’ and food alongside coffee at its Cheapside site.

Norton Clothing, a pillar of British style and engineering throughout the 20th century, also chose Beak Street in London’s Soho as the location for its first UK store. The new outlet will offer shoppers a taste of Britain’s motorcycling legacy.

Phil Cann, Head of UK Retail, CBRE, said: “London remains the most attractive destination for a first UK presence, and the range of retailers expanding their portfolios here is proof of the capital’s draw.

“Despite perceived high rental levels and competition for space, as well as any uncertainty immediately after the vote to leave the EU, retailers will always look to the areas and streets which best reflect their brand and allow them to develop their offering and reach new audiences. For both domestic and international brands, the continued investment in London’s prime shopping areas will ensure they remain a magnet for new openings as we head into the New Year.”