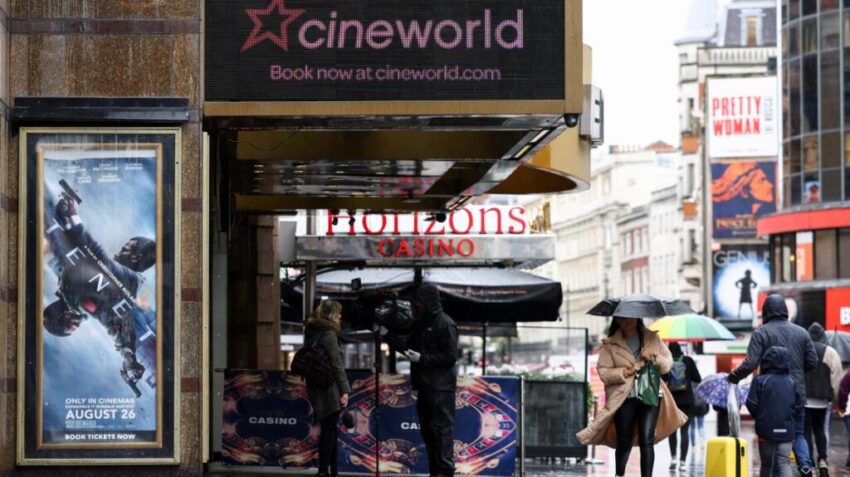 Cineworld, the world’s second-largest cinema operator, plans to reopen its screens in the US next month and the UK in May and has reached an exclusivity agreement with one of Hollywood’s biggest studios on new releases.

Cineworld, whose cinemas have been shut for the past six months because of the pandemic, said it would reopen some of its 536 Regal sites in the US on Good Friday for Godzilla vs Kong and the remainder with Mortal Kombat on April 16. The US market represents three quarters of Cineworld’s business.

It plans to reopen in the UK, its second biggest market, in May, in line with the government’s guidelines.

Mooky Greidinger, chief executive, said: “With capacity restrictions expanding to 50 per cent or more across most US states, we will be able to operate profitably in our biggest markets.”

Alongside the phased reopening, Cineworld has reached a multi-year agreement with Warner Bros beginning next year. Warner Bros’ releases will have a 45-day exclusivity window in the US and a 31-day window in the UK, which can be extended to 45 days for films that sell an agreed upon number of tickets.

Greidinger, 68, said Cineworld was “very happy” with the agreement, which “shows the studio’s commitment to the theatrical business”.

Shares in Cineworld retreated 6.9 per cent, or 7¾p, to 103½p on the London stock market, however, as investors focused on the deal cutting the traditional exclusivity window.

Analysts at Morgan Stanley said it “cements an industry-wide shortening of the window, a negative for exhibitors and reflecting of increased premium video on demand (PVOD)/streaming risk. We expect further moves in this direction with peers AMC and Cinemark having already signed a similar PVOD deal with Universal [17 days], and we see Cineworld’s options here as either agreeing to a similar deal to peers or not showing Universal movies that represent about 15 per cent of the US box office.”

Peel Hunt said cinemas were not a “reopening play” in the same way as pubs and restaurants. “We expect leisure consumers will prioritise social activities over high-frequency cinema attendance.”

Concerns about the future of cinemas have been heightened as the pandemic forced sites to shut, disrupted filmmakers, delayed new releases and accelerated a shift to streaming.

Cineworld, which was created in 1995 and listed in 2007, operates under the Cineworld, Picturehouse and Regal brands and has about 778 venues in ten countries. It completed a transformative deal in early 2018 to buy Regal for $5.8 billion.

It closed cinemas in Britain in early October, having reopened after the first lockdown, as the big film studios delayed the release of blockbusters including Wonder Woman 1984 and No Time To Die, the latest James Bond movie.

Some releases, including Mulan and Enola Holmes, streamed directly on platforms such as Netflix and in December Warner Bros said its films would be shown on its HBO Max streaming service in 2021 at the same time as their cinematic release.

The strain on Cineworld’s finances led it to a $750 million package of measures in November, including an agreement from its banks to waive covenants until June 2022 and the extension of a $111 million revolving credit facility from next month to May 2024. Its shares had doubled between then and yesterday.

The update from Cineworld comes before its full-year results in Thursday, with the City expecting a loss of $1.29 billion, compared with a profit of $220.2 million in 2019.