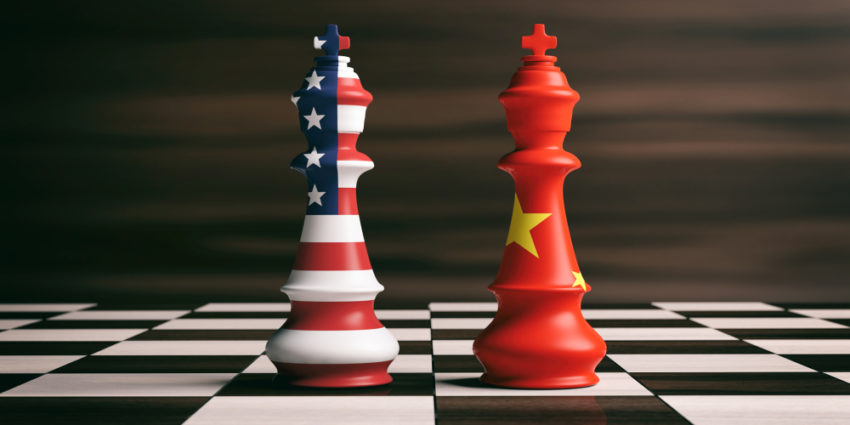 Chinese officials have said they are “confident in implementing” trade commitments made to the US “as soon as possible”, without giving details.

An ongoing trade war has seen both countries impose duties on billions of dollars of one another’s goods.

Over the weekend, a temporary truce was agreed between US President Donald Trump and Chinese President Xi Jinping at the G20 meeting in Argentina.

But concerns linger over discrepancies in information coming from either side.

The US and China paused hostilities after several months of tit-for-tat tariffs, agreeing to halt any new duties for 90 days.

This prevented a widely expected escalation in the trade war. Tariffs already imposed on Chinese goods had been due to rise at the start of the year and additional tariffs had also been threatened.

Since the talks, Mr Trump had taken to Twitter with details – but some of the information did not tally with what White House officials were saying, and Beijing had not commented at all.

The confusion has left many wondering whether the talks will succeed in ending a trade war, which was already hurting industry and many feared would derail the world economy.

What is the trade war about?

It has imposed $250bn of tariffs on Chinese goods since July.

China accuses the US of launching the “largest trade war in economic history”.

It has retaliated with duties on some $110bn worth of goods.

What was agreed as part of the truce?

Among the issues covered, the US says China has agreed to purchase a “not yet agreed upon, but very substantial” amount of agricultural, energy, industrial and other products from the US to reduce the trade imbalance between them, the White House has said.

Since the US-China talks in Argentina, Mr Trump has been busy on Twitter providing further details of the negotiations.

Mr Trump said talks with China and the 90-day truce period had already started. He said China was supposed to begin buying US agricultural products and others “immediately”.

He sounded optimistic, but reiterated his tough stance.

“President Xi and I want this deal to happen, and it probably will. But if not remember, I am a Tariff Man,” Mr Trump said.

“When people or countries come in to raid the great wealth of our Nation, I want them to pay for the privilege of doing so.”

Mr Trump earlier this week also said China had agreed to “reduce and remove” the 40% tariffs it places on US cars imported into China.

China has made no comment on these potential car tariff cuts, nor has it specified when the 90-day period begins.

So what has China said?

After US-China talks at the G20, Chinese Foreign Minister Wang Yi told reporters that “the principal agreement has effectively prevented further expansion of economic friction between the two countries”.

In a commerce ministry statement on Wednesday, Chinese officials called the talks between the two leaders a “great success”.

China and the US would push ahead with negotiations over 90 days and China would implement the specific issues it agreed with the US “as soon as possible”, the statement said.

But the BBC’s Robin Brant in Shanghai said China’s comments put it at odds with the White House.

China has pledge to implement the changes agreed at trade talks between Presidents Trump and Xi “as soon as possible”, but it has not repeated claims from senior figures in the US that it will happen “immediately”, he said.