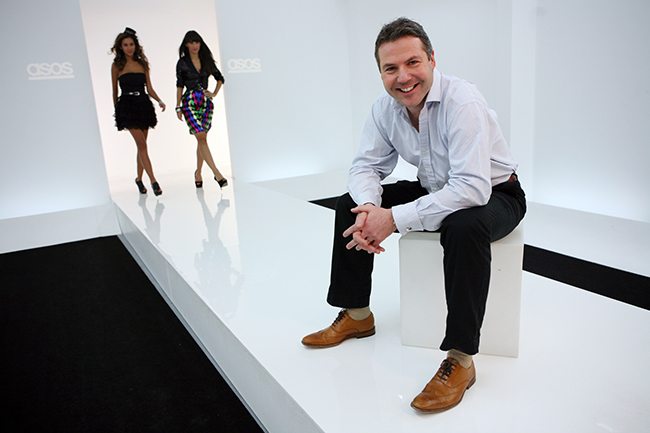 Robertson will remain with the company as a non-executive director, London-based Asos said in a statement Wednesday. His replacement as CEO will be Chief Operating Officer Nick Beighton.

Under Robertson, Asos has grown from a startup to become a leader in online fashion retailing with annual sales of about 1 billion pounds. The CEO, who was honoured by The Queen in 2011 received an O.B.E  for his achievements in the world of clothing retailing, holds a stake in the company worth more than 200 million pounds.

“We are fortunate to have such an able successor for the CEO role,” Chairman Brian McBride said in the statement.

Robertson is stepping down on a positive note. At the company’s last business update in July, Asos said it expects full-year sales to be at the higher end of its forecast range, which is 20 percent.

Asos shares fell 0.3 percent to 2,984 pence in London on Tuesday, trimming their gain this year to 16 percent. The stock was first sold to the public at 20 pence a share in October 2001, when the company was called As Seen on Screen and sold imitations of designer fashions worn by celebrities.

Commenting on the announcement Business Matters managing editor Richard Alvin said:”Robertson and his achievements are testament to needing the right aptitude and attitude in business not a business plan that needs to be rigidly stuck too to succeed.

I remember judging him once for the National Business Awards entrepreneur of the year and when we quizzed him about how the company pivoted from sourcing immediately and then selling what was on last night episode of Friends to being the global retailing brand that it has become he had no real answer and essentially put it down to following gutt instinct, getting a few lucky breaks and being flexible.

Robertson was clearly very modest in those answers as to create the company that Asos has become in 15 years takes a lot more than flexibility and some lucky breaks.”