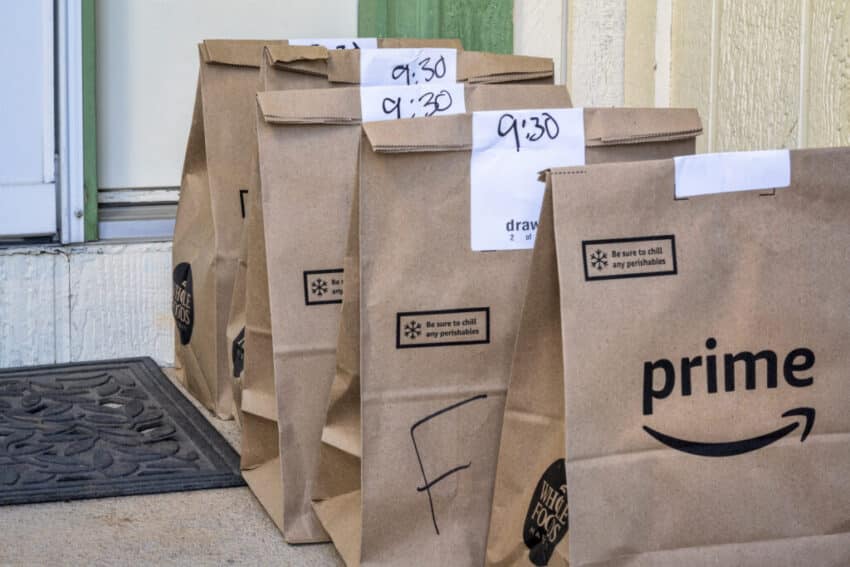 Prices on many Amazon products are expected to go up after the giant retailer raised the fees paid by sellers that use its shipping and storage facilities.

The company said that from next month its British operation would be adding a “fuel and inflation surcharge” of 4.3 per cent to fulfilment fees for Amazon Marketplace sellers.

Andy Jassy, Amazon’s global chief executive, said last week that the surcharge, which is being imposed in many countries around the world, was a response to the impact of the pandemic and the war in Ukraine.

Business briefingIn-depth analysis and comment on the latest financial and economic news from our award-winning Business teams.One-click sign up.
“At a certain point, you can’t keep absorbing all those costs and run a business that’s economic,” he said, adding that Amazon had tried to assume such costs wherever possible.

The extra charge applies to sellers who use the Fulfilment by Amazon service to store stock in its warehouses and that use its supply chain and shipping network. Retail analysts expect FBA sellers to pass the extra cost on to customers.

Bernie Thompson, founder of Plugable, the USB and electronic accessories seller, told NBC that 80 per cent of his items were shipped through Amazon and he would be putting up his prices. “This will be the first time that we’re really raising prices because of an Amazon fee change,” he said. More than half its sales are via Marketplace and about half those go through FBA.

The imposition of a surcharge comes even though Amazon’s profits trebled during the pandemic.

A UK spokesman said that its sellers had increased sales by more than 70 per cent during the pandemic and the fee would mean an average increase of only 10p per product shipped.

The charge starts on May 12, the same day as in Germany, France, Italy and Spain, although it may not be permanent. In a letter to FBA users in the UK, Amazon said: “It’s still unclear if these inflationary costs will go up or down or for how long they will persist. Rather than a permanent fee change, we will be employing a fuel and inflation surcharge for the first time.”

Amazon said that since the start of the pandemic it had invested heavily since in its fulfilment operations in Europe, more than doubling capacity, with the addition of 250 fulfilment centres, sorting centres, regional air hubs and delivery stations.

In the United States, UPS and FedEx, the delivery groups, have imposed fuel surcharges.