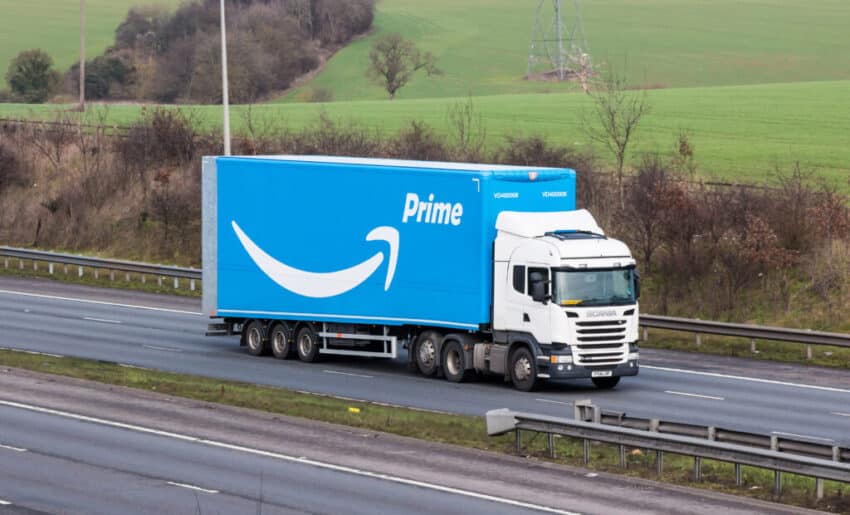 Fresh questions have been raised over Amazon’s tax planning after its latest corporate filings in Luxembourg revealed that the company collected record sales income of €44bn (£38bn) in Europe last year but did not have to pay any corporation tax to the Grand Duchy.

Accounts for Amazon EU Sarl, through which it sells products to hundreds of millions of households in the UK and across Europe, show that despite collecting record income, the Luxembourg unit made a €1.2bn loss and therefore paid no tax.

In fact the unit was granted €56m in tax credits it can use to offset any future tax bills should it turn a profit. The company has €2.7bn worth of carried forward losses stored up, which can be used against any tax payable on future profits.

The Luxembourg unit – which handles sales for the UK, France, Germany, Italy, the Netherlands, Poland, Spain and Sweden – employs just 5,262 staff meaning that the income per employ amounts to €8.4m.

“Amazon’s revenues have soared under the pandemic while our high streets struggle, yet it continues to shift its profits to tax havens like Luxembourg to avoid paying its fair share of tax. These big digital companies all rely on our public services, our infrastructure, and our educated and healthy workforce. But unlike smaller businesses and hard-working taxpayers, the tech giants fail to pay fairly into the common pot for the common good.

“President Biden has proposed a new, fairer system for taxing large corporations and digital companies but the UK has not come out in support of the reforms. The silence is deafening. The government must act and help to grasp this once-in-a-generation opportunity to banish corporate tax avoidance to a thing of the past.”

Paul Monaghan, the chief executive of the Fair Tax Foundation, said: “These figures are mind-blowing, even for Amazon. We are seeing exponentially accelerated market domination across the globe on the back of income that continues to be largely untaxed – allowing it to unfairly undercut local businesses that take a more responsible approach.

“The bulk of Amazon’s UK income is booked offshore, in the enormously loss-making Luxembourg subsidiary, which means that not only are they not making a meaningful tax contribution now, but are unlikely to do so for years to come given the enormous carried forward losses they have now built up there.”

The Amazon EU Sarl accounts filed in Luxembourg show 2020 sales rose by €12bn from €32bn in 2019. The accounts, that extend to just 23 pages (compared with hundreds of pages for large UK companies), do not break down how much money Amazon made from sales in each European country.

However, Amazon’s US accounts show that its UK income soared by 51% last year to a record $26.5bn (£19.4bn) as people at home during the coronavirus pandemic lockdowns turned to it for online shopping as high street stores remained closed for most of the year, while homeworking drove increased use of its cloud software, Amazon Web Services.

While Amazon celebrated the rise in revenue collected from UK customers, it did not state how much corporation tax it paid in the UK in total last year. The company, which has made its founder and outgoing chief executive Jeff Bezos a $200bn fortune, paid just £293m in tax in 2019 despite the company collecting UK sales of $17.5bn that year.

Guardian business email sign-up
The £19.5bn that UK customers spent at Amazon in 2020 is approximately double the takings at Marks & Spencer, the 137-year-old retailer, and underlines how the Covid-19 pandemic is revolutionising the way we shop and threatening the future of the high street. Last week Amazon reported its largest ever quarterly profit of $8.1bn on sales of $109bn.

An Amazon spokesperson said: “Amazon pays all the taxes required in every country where we operate. Corporate tax is based on profits, not revenues, and our profits have remained low given our heavy investments and the fact that retail is a highly competitive, low margin business.

“We’ve invested well over €78bn in Europe since 2010, and much of that investment is in infrastructure that creates many thousands of new jobs, generates significant local tax revenue, and supports small European firms.”

Doug Gurr, the recently-departed managing director of Amazon.co.uk, has explained that: “The Amazon.co.uk website is operated by Amazon EU Sarl, a Luxembourg-based entity, which is a European headquarters of Amazon.”

Just over 600,000 people live in Luxembourg but many of the world’s biggest companies have headquarters in the low-tax country.

Amazon arrived in Luxembourg in 2003, and within a few months secured a confidential agreement with the country’s tax authorities.

Bob Comfort, Amazon’s head of tax until 2011, told a Luxembourg newspaper that Jean-Claude Juncker – then the country’s prime minister and a former president of the European Commission – had personally offered to help Amazon.

“His message was simply: ‘If you encounter problems which you don’t seem to be able to resolve, please come back and tell me. I’ll try to help.’” Comfort was later appointed Luxembourg’s honorary consul to Seattle, the location of Amazon’s US headquarters.

Last month Joe Biden tabled plans at the Organisation for Economic Co-operation and Development, a club of mostly rich countries, for sweeping changes to the global tax system, including a minimum corporation tax rate in an attempt to stop multinational companies exploiting loopholes in the system. Germany and France have backed the plans but the UK has remained silent.

Washington had long resisted calls for the global treaties that reformers argued were needed to ensure that powerful multinational companies pay their fair share of taxes.

Under the US president’s proposals, large technology companies and corporations would be forced to pay taxes to national governments based on the sales they generate in each country, irrespective of where they are based.

A global tax floor would also be agreed. The US has suggested a rate of 21%, although this is higher than in several jurisdictions – including Ireland, Hungary and the Caribbean – and could be a stumbling block.

Bezos, the world’s richest person, welcomed Biden’s proposals and said Amazon was “supportive of a rise in the corporate tax rate”.

Amazon is not alone in creating complex corporate structures to avoid tax. The big six US tech firms – Amazon, Facebook, Google, Netflix, Apple and Microsoft – have been accused of avoiding $100bn of global tax over the past decade, according to a report by the campaign group the Fair Tax Foundation. All have said that they pay the correct amounts of tax.

The report singles out Amazon as the worst offender. It said the group paid just $3.4bn (£2.6bn) in tax on its income so far this decade, despite achieving revenues of $961bn and profits of $26.8bn.

The Fair Tax Foundation said this meant Amazon’s effective tax rate was 12.7% over the decade when the headline tax rate in the US had been 35% for most of that period.

Amazon said the report’s “suggestions are wrong” and the company had “a 24% effective tax rate on profits from 2010-18”.