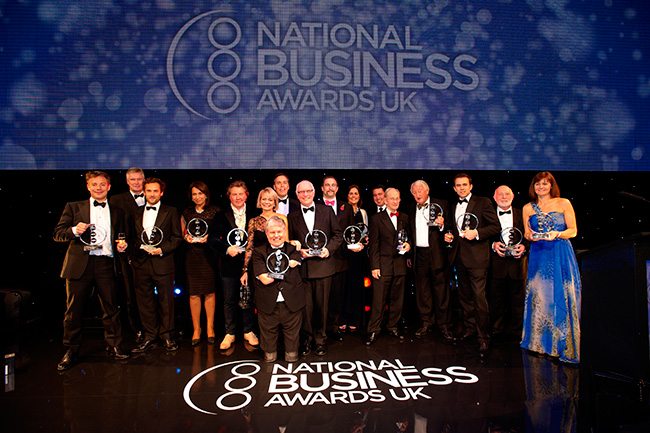 Business Without Barriers report published today surveyed over 500 business decision makers in the UK and found that 75 per cent of businesses have seen growth in the last 3 years, with over a third saying they are offering new products and services.

Businesses report the biggest growth areas in the last 3 years as customer base and loyalty, overall financial growth and development in quality of service, as well as 15 per cent also reporting sustainable practices as an area where their business is currently growing.

In contrast, only 4 per cent have seen development in talent or recruitment in the last 3 years and one in eight stated that talent attraction, retention and development as standing in the way of growth. Five per cent have invested in service/ production channels, showing that few organisations are increasing the number of stores or expanding into new markets.

The industries that have experienced the biggest growth has been the finance, IT and telecommunications, as well as travel sectors, alongside medium sized businesses (251-500 employees) who have enjoyed the most success in the area of growth.

Regionally it’s no surprise that London has seen the most growth, however businesses in the Midlands and South West have also seen encouraging signs in the last three years. However, growth has not been as steady for very small businesses (2-9 employees) and more established businesses (30 years old or more).

Other major factors to support business growth were seen as adapting and updating existing business plans and upgrading IT infrastructure, while almost one in five have invested in marketing and PR and increased their social media presence. Only one in ten have invested in customer research and less than one in five admit they haven’t put any plans in place to support and encourage business growth.

Despite general optimism 70 per cent say their growth is hampered by a variety of factors. Too much business red tape is seen as the biggest barrier and this is a particular problem for very small and very big businesses. More than a fifth cite a lack of investment as problematic to their growth plans.

Dame Helen Alexander, National Business Awards Chair of Judges, former Chief Executive of The Economist and first female president of the CBI said: “During the recession I think we’ve seen some fantastic examples of organisations that have thrived and continued to grow, despite the tough economic backdrop. I think businesses have learnt from this and the years ahead will bring exciting and innovative strategies for many UK businesses. This report establishes that the key to business growth lies not in linear, regimented business plans, but in the ability to adapt to fast and ever-changing demands.”

When it comes to growing internationally, 40% of businesses say they currently export outside of the UK, with almost double of all businesses highlighting that they think it will be a major growth factor for UK businesses in the coming years. The sectors highlighting this as key to their current business model include sales, media & marketing, IT and telecommunications, manufacturing and obviously travel businesses.

Martha Lane Fox, Entrepreneur and National Business Awards Advisory Board member commented: “Growth seems to be returning tentatively to the UK and it is wonderful to see the tech sector leading the way. There is undoubtedly room for more UK small businesses to gain the digital skills to grow faster but this work shows that confidence is increasing all the time”.

Alex Evans, Programme Director of the National Business Awards said: “The organisations that win National Business Awards overcome barriers by considering the bigger picture, looking outside their organisations and industries for best practices that they can adapt to become market leaders. They also understand the value of talent and how to enable their people to deliver beyond expectation.

“As we launch the 2014 National Business Awards to find Britain’s leading organisations and individuals, it will be fascinating to see the innovative ways they are approaching growth in a global landscape.”

Organisations from all regions and sectors across the UK are invited to enter, from SMEs and social enterprises to FTSE 100s. The National Business have distinguished themselves by the quality of businesses taking part and the robust judging process, which is led by Dame Helen Alexander as Chair of Judges, nearly 100 multi disciplinary CEOs and senior directors participate as judges, bringing their expertise and insight to the three-tier judging process.