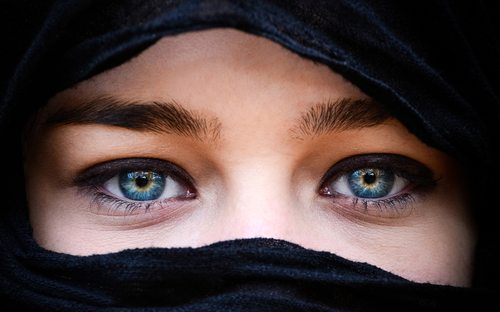 Following the recent ruling that a Muslim woman must remove her face veil while giving evidence in her trial, and the investigation by the Daily Telegraph which revealed that the wearing of a full face veil has been banned for staff dealing with patients in 17 NHS hospitals, there has been much discussion about the wearing of face veils in public and particularly in the workplace.

Here in the UK we are lucky enough to live in a culturally diverse society, where we can generally wear whatever we want. However, in the workplace, employers are allowed to exercise an element of control over their employees where it is necessary for legitimate business reasons.

An employer may feel that they are not discriminating against a particular employee if a dress code applies to all of its staff and therefore the same rules apply to everyone, no matter what religion they are. However, employers should be aware that a standard policy could still give rise to an indirect discrimination claim if an employee’s request is not fairly considered.

Indirect discrimination can occur when an employer applies a rule or policy to all employees, such as a dress code, which disadvantages employees of a particular religion or belief. To avoid a claim, the employer would need to show that the imposition of the dress code is a proportionate means of achieving a legitimate aim of the business or organisation.

Part of the debate around the wearing of niqabs and burqas concerns whether this is a requirement of the Islamic faith or whether it is instead a cultural belief only. This question is not relevant to an employer’s decision about whether an employee may wear a face veil at work – you are not expected to be an expert on religion! For employment law purposes, to be protected, a religion or belief does not need to be a mandatory requirement of an established religion . The question is whether the employee’s belief that the wearing of the garment or piece of jewellery is a necessary or important part of their religion or belief is genuinely held.

Whilst an employee’s religious beliefs should be respected and the manifestation of those beliefs allowed where possible in the workplace, there are be a number of factors that an employer should consider before making a decision, including:

o Don’t make assumptions about the significance of a religion or belief. Before making any decision it is important to speak to the individual employee about their beliefs, which may differ to another person belonging to the same religion but may still be protected under employment legislation

o Ensure that all requests are considered in the same way. You must ensure that particular individuals are not treated more or less favourably than any of your other staff. The best way to do this is to have an equal opportunities policy and dress code which applies to everyone and which everyone is made aware of

o Consider any health and safety implications. This will be particularly relevant where the employee carries out a manual role. In the case of Chaplin v Royal Devon & Exeter NHS Foundation Trust it was held that a Christian clinical nurse had not been discriminated against when her employer prevented her from wearing a crucifix on a necklace at work because this risked the health and safety of her and her patients

o Consider the effect on your clients, customers or service users. This will be particularly relevant where the role requires face to face contact. For example, in the case of Azmi v Kirklees Metropolitan Borough Council it was held not to be discriminatory for Ms Azmi’s employer to instruct her to remove her veil from her face during her role as a bilingual support worker as this was necessary to provide the best quality education to its pupils

The difficult balance which employers must seek to achieve is to balance the employee’s freedom to manifest his or her religious beliefs versus the freedom of the business to impose a dress code which applies to all staff.

Amanda Trewhella, Solicitor, Fisher Meredith
Amanda is an employment law specialist at Fisher Meredith and has experience of advising on all aspects of the employment relationship. Amanda is a member of the Employment Lawyers Association and author of the chapter on Agency and Temporary Workers in the Workplace Law Handbook 2012.