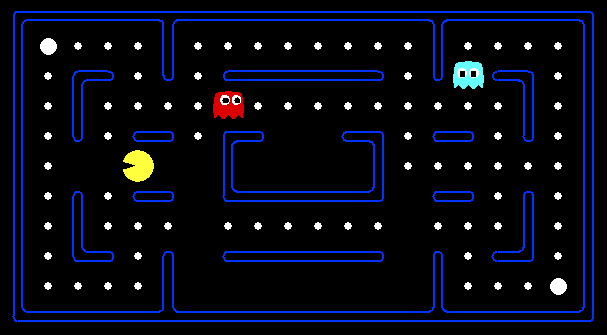 When the first games came out in the late 70s early 80s – remember Pong anyone? – it was impossible to predict where the video game industry would take us.

Gaming – the past, the present and the future
When the first games came out in the late 70s early 80s – remember Pong anyone? – it was impossible to predict where the video game industry would take us. It’s gone so far and so fast in such a short amount of time. With every new technological advance, there are crowds of highly intelligent and progressive developers waiting in the wings to take it and turn it into something that’s more fun than you could have dreamt of back in the 80s.

Here’s a rundown of some key moments in the history of video gaming.

The very first console
You won’t be expecting this – it was actually a device called the Brown Box devised by TV engineer Ralph Baer. He and some of his colleagues developed a ‘chase game’ while they worked at an electronics firm and built a circuit using vacuum tubes that connected it to a standard TV. Players controlled two squares that chased each other around the screen. 12 games were spawned for this console.

Atari’s legacy
For many of a certain age, Pong is the seminal video game of their youth. It was sort of like tennis and we would spend hours playing it. In 1977 Atari released their first console – the Atari 2600. It had joysticks, different games, colour games and introduced video games to everyone.

PC gaming
In the 70s the concept of PC gaming started to emerge, with home programmers and hackers getting in on the act to create their own mathematical graphical patterns. In 1973, the first gaming magazine was launched (Creative Computing) and BASIC Computer Game were launched to keen PC gamers. The following year, Maze Wars was released – this is much closer to the FPS (first person shooter) games you’ll be familiar with today. The idea was you’d find your way through a maze of passages and shoot at the enemy.

In 1990 Microsoft provided a game based on Patience on every home PC it sold, introducing the concept of video gaming to millions of people who would never have touched a console or even been otherwise interested. The start of easy to play, pick up and play and casual gaming. You see the legacy today with Candy Crush Saga, Bejeweled Blitz and a host of other examples.

Text based games
Later on in the 70s and throughout the early 80s, text based PC games would be very popular. Inspired by Dungeons and Dragons, the games which include The Hobbit and Adventure would put you in an imaginary world with a quest to follow – the earliest example of an RPG (Role Playing Game).

Donkey Kong – and Nintendo’s massive impact
In 1981 a new game came out – Donkey Kong. it was on a Game and Watch handheld device and had a host of characters, including Jump Man. You’d know him as one of the most iconic video game characters ever devised – Mario. In 1984, Nintendo introduced Tetris to the world – this addictive and simple to play puzzle game is the forerunner to the many and varied casual puzzle games millions enjoy today. In 1989, Nintendo released the Game Boy and a whole new era of gaming was born.

It wasn’t until the mid 90s that online casinos became legal and accessible with Microgaming the pioneering software developer to emerge in the newly opened market. The gaming experience improved exponentially as more developers became involved and, with the rise of accessible and superfast home WiFi and broadband it has become phenomenally popular with players all over the world.

There are plenty of professional online casino players as well as millions who just enjoy the experience of being able to play high end casino table games like roulette, poker and the slots, all from home – convenient, easy, fast and there;s always the chance of that jackpot. Play at Ace-Ten to see how sites like this have revolutionised the concept of playing casino games and how the technological advances have made it a seamless and enjoyable experience.

Sony’s PlayStation
Released in 1995, the iconic console was released and quickly took off against the only other rival at the time, the Sega Saturn. Such was its success that by the time the PS2 was released, Sega left the console market completely. It was now between Sony, Nintendo and Microsoft – console wars that continue with each successive generation.

Since 2000, we’ve seen an explosion in technological advances which have allowed PC gaming, console gaming and, most recently, internet gaming to take off in a way never before dreamt of. We can now play games using our bodies as controllers (Microsoft Kinect’s motion sensor tech allowed this in 2011), we can interact with strangers all over the world playing all kinds of games streamed through the internet, we can play handheld consoles that allow us to use true Stereoscopic 3D without having to wear glasses (Nintendo’s 3DS) and we’re now looking at the development of games using the Oculus Rift, a true virtual reality headset.

All of these are of interest to a huge amount of gamers, particularly the hardcore gamer demographic who have been there since the start. But what’s really interesting about the last few years is the rise of casual gaming through social media and the abundance of online casino websites.

The social element is also huge – since the proliferation of speedy WiFi in the home, being able to jump on and off line to play games with someone across the world has become very normal very quickly, as has playing games on tablets, smartphones and handheld devices. Who knows where the industry will take us in another 10 years – my money is on full immersive virtual reality! 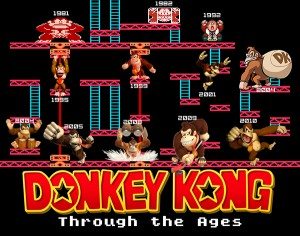