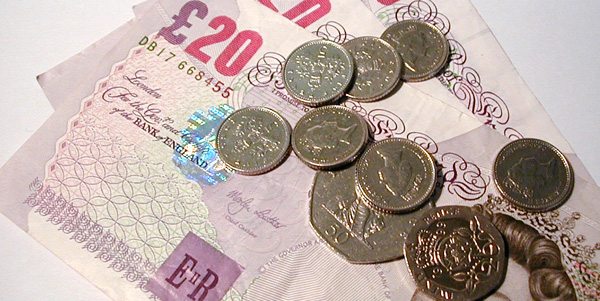 The banks are reluctant to lend to start-ups, a tough economic climate makes it hard to borrow from friends and family, and funding it on your credit card does not have the appeal it once had in more buoyant times.

The good news is that, providing you choose the right kind of business, it is entirely possible to get a venture off the ground with almost no money. The secret is to make the most of what you already have, and choose a structure that brings in cash fast.

Start by tapping into the resources at your fingertips. Work from home or a local library that offers free wi-fi. Then build a business around the skills you already possess. What can you do that someone else might be prepared to pay for?

Simon Dolan realised he was good with numbers, so, after a short spell as a salesman and working in an accountancy firm, he put a £10 advert in the local paper offering to do year-end accounts for small firms. He quickly discovered a demand for his services. His firm, SJD Accountancy, now has 10,000 clients – and Simon has a personal fortune of £100m. He said: “The one thing I really knew how to do, other than selling, was accounts.”

You need to sell a product or service that people need, rather than want, that they instantly understand, and that they feel comfortable buying without consulting anyone else first.

Umbrellas at £10 each are a better bet than hot tubs at £10,000 each. And make sure you structure it so that customers pay you upfront – or, at worst, half upfront, half later, so your costs are covered.

Now tap into free advice. The Government has closed down Business Link’s regional offices but it still has a useful website. The British Chambers of Commerce (britishchambers.org.uk) runs free events for start-ups; StartUp Britain has an enterprise calendar on its website listing events for entrepreneurs around the country, many of them free. The Business and IP centre at the British Library offers a wealth of resources for start-ups.

Source any equipment you need for free through Freecycle, a community website on which people can recycle unwanted items, or the freebie section of listings sites such as Gumtree and Craigslist. Right now, for example, someone is offering a free office table in London and free catering equipment in Edgbaston.

Now comes the hard bit. Without a pot of money to dip into, you will need to do nearly all the work yourself – and plough virtually all income straight back into the business.

Thankless and austere, yes, but also the only way you will be able to build up enough cash reserves to invest in new equipment or premises, and so grow the business.

If you have a job, hold on to it. Start your business in your spare time and only give up your day job once your venture is able to pay you a wage. If the venture doesn’t work out, you still have your job. If it does, the transition to being your own boss will be a lot less risky. When Sam Bompas and Harry Parr started making traditional English jellies for parties and events, they had no idea whether there would be enough demand from caterers to enable them to turn their venture into a profitable business. So they held on to their day jobs and launched it from the kitchen table in their spare time with £50 each.

Eight months later, the business, Bompas & Parr, had grown enough to support them both, and now has a £1m turnover.

Bompas said: “The business picked up really quickly. It has just been incredible.”
As far as possible, replace fixed costs with variable ones by linking your costs to your sales. Hire meeting rooms by the hour, staff by the day and services as you need them.

Mywarehouse.me, for example, will take delivery of your stock, deal with orders, pick and pack them and send them out to customers on your behalf. No set-up fees, no fixed fees, no minimum volumes and no minimum contract. You simply pay for the service as you need it.

Make the most of free technology to promote your business. Build a website for nothing using an online website builder such as moonfruit.com, wix.com or basekit.com, which will also host it for free on their server.

Get social networking. It’s free, it’s easy, and it’s an amazing way to promote your business without spending any money. Sign up to Twitter, create a Facebook page, and join Linkedin.

Avoid ventures that require a certain number of people to sign up before they can function properly, such as dating and property-finding sites. Ditto online businesses that rely on advertising to make money. It is an appealing idea, but the model doesn’t work for start-ups. Advertisers will not spend money on sites that few people visit, and not enough people will be visiting yours – at least initially.

Success in business is not about starting out with lots of money. It is about adopting the right attitude, being prepared to think your way around problems, and having the determination to put in the effort and give it your best shot. So what are you waiting for?